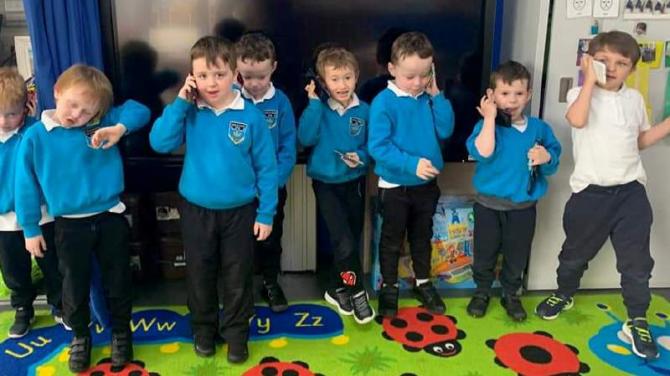 CASTLE TOWER school have thanked local Tesco staff for bringing smiles to the faces of pupils with a donation which has helped boost communication skills.

The school’s facebook site posted pictures of happy pupils and a special message of thanks to Ronny McFall (Community Champion) and Saoirse Hassan (Phone Shop Manager) for the brilliant donation of ex display (fake) mobile phones.

Teacher Miss Redmond said the donation was received with delight by her pupils.

”I wish I had filmed my class when the box of phones were opened.

“There was so much excitement andthe phones encouraged great communication - it was really fantastic. “