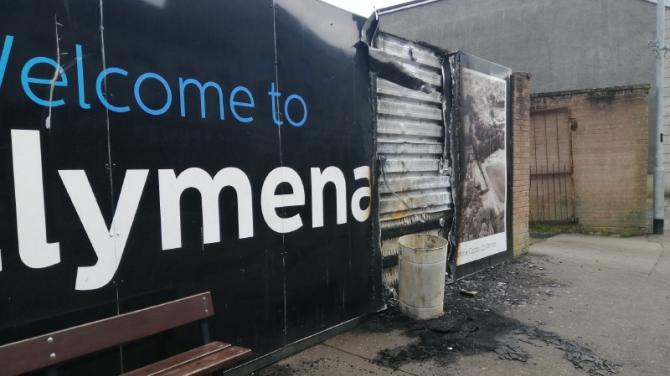 A promotion board welcoming visitors to Ballymena has been badly damaged by fire.

The Guardian has sought a reponse from authorities to ascertain if the fire was accidental or deliberate.

From initial viewing it looks more likely to be a case of arson vandalism.

The board, at Castle Street also featured an old photograph of an aerial view of Ballymena Castle.

The Guardian is also aware of some vandalism in the People’s Park area and has sought a comment from Mid and East Antrim Council.