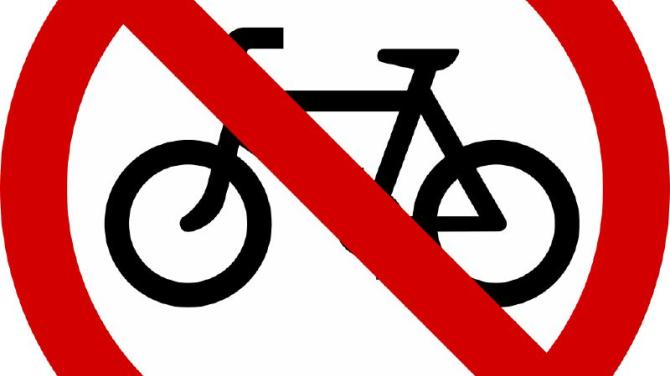 A Ballymena man has called for authorities to crack down on cyclists who ride on the foothpaths after witnessing a near-miss at the weekend.

“It happens all the time,” fumed the businessman. “On this occasion the women just missed being hurt. They had to pull themselves into the wall as three young teenagers who were pelting along at a fair speed came round a corner.

“They (the cyclists) were shouting to each other and the one in front had his head turned backwards so he didn’t know what was in front of him.”

Now Eugene is calling for a campaign to get the safety message out to cycle users.

“It’s not the proper cyclists who follow road safety rules we are talking about here.

“It’s the kind of people who either have no common sense or are just ignoring the law entirely.

“I am just amazed - and grateful - that no one has been killed or seriously injured.

“This habit has really built up during lockdown with near empty streets but if these characters repeat their behaviour when the town opens up again there will be people hurt,” he said.

Cyclists on the pavement can face fines of up to £500. But this rule is rarely enforced.

In the majority of cases when a fine is actually issued, cyclists will have to pay around £50.

In 2014, cycling minister Robert Goodwill said that police officers should use their discretion when it comes to prosecuting cyclists on the pavement.