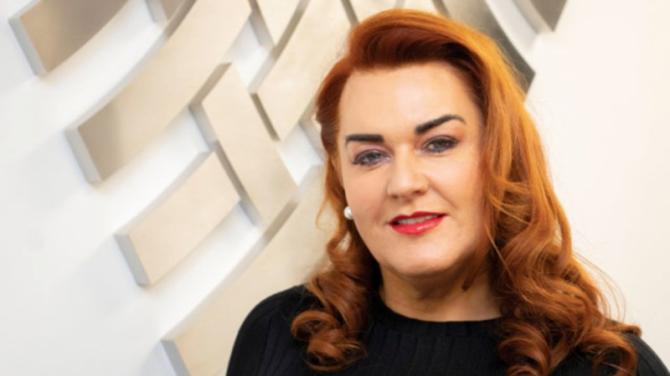 MID and East Antrim council chief executive Anne Donaghy finds herself back in the media spotlight after a letter she sent to the Cabinet Office about the NI Protocol was leaked.

It is understood she will be recalled by a Stormont Agriculture and Environment committee over the issue.

There have been calls for her to resign following testimony she gave at the committee on Thursday about a letter written to the Cabinet Office outlining alleged threats to council staff working at Larne port.

On Thursday, she told the assembly's Agriculture and Environment committee she had written the letter in her role as Northern Ireland representative of the Society of Local Authority Chief Executives (Solace).

But in the letter ( leaked on Friday and first reported by Belfast Live) which was written on council headed notepaper she said she had been advised by several DUP MPs to write with her concerns about the workings of new Irish Sea border checks.

The letter did not contain any reference to the Solace grouping.

Sinn Féin North Antrim MLA, Philip McGuigan said that appeared to contradict her evidence and if accurate meant her position was "untenable".

The SDLP also said she should consider her position.

The communication was not among more than 50 pages of information provided by Mid and East Antrim Council to the AERA committee which is holding an inquiry into the withdrawal of port staff.

Ms Donaghy said it was not in the bundle because it was not relevant and had not formed part of the council decision to temporarily suspend checks.

Twelve council environmental health officers were stood down following threatening graffiti and allegations of intimidation, including the recording of car registrations at the port.

Staff working for the Agriculture Department were also withdrawn from some Brexit duties at the ports after the minister flagged concerns about safety.

In her letter, Ms Donaghy said she was "aware of the involvement of paramilitary groups" which she had raised with the PSNI.

The police advice was that there was no credible threat and nothing to substantiate loyalist paramilitary involvement.

All the workers returned days later after the PSNI provided a written threat assessment.

Sinn Féin and the SDLP said Ms Donaghy's action appeared to have been at the behest of one political party and her position had been called into question.

The letter to the cabinet office was dated 30 January, two days before the council took the decision to pull its staff out.

The committee was told on Thursday that it was not sent until 3 February, two days after their withdrawal.

The DUP said Ms Donaghy had contacted some of its MPs about concerns related to the protocol and charging policy at the port.

It said they had suggested "in line with normal parliamentary protocol" that she write to the government.

In the aftermath of Thursday’s hearing, DUP Group Leader on MEABC, Cllr Gregg M.cKeen said he was ‘appalled by the ongoing witch-hunt’ against Mid and East Antrim Borough Council by ‘certain members of the DAERA committee’.

He added: “Council has been clear throughout this entire episode that we make no apologies for prioritising the health and well-being of our staff at Larne Port.

“Imagine the furore if we as a council hadn’t acted as we did and somebody had been seriously injured or worse.

“Yesterday, the Mayor and the chief executive were subjected to an onslaught by Sinn fein, Alliance and the SDLP, who are shamelessly politicking on the safety of our staff.

“It was a circus, during which the SF chair allowed his party colleague 30 mins to grandstand and spew nonsense. now we hear the committee wants council back for further questions. unlike them, we have more important things to be doing, such as rebuilding our economy and community following the devastation caused by covid 19. I trust this sham inquiry is seen for the absolute witch-hunt it is, driven by Sinn Fein, Alliance and SDLP.”

"It has been reported that the CEO of Mid and East Antrim Council, Anne Donaghey, had written to the British government on the advice of the DUP ahead of the decision to remove workers from inspection posts at Larne Port.

"If this is the case then that would be at odds to her testimony to a Stormont committee. “

SDLP councillor Eugene Reid said: “The letter which Ms Donaghy addressed to the UK Government was written under the advice of DUP MPs with no recourse to my party or, as far as I am aware, any others represented on our council. I am also concerned that the letter repeats the accusation that paramilitary groups were involved in the intimidation of port staff at Larne.

“The PSNI have clearly said that there was 'no information to substantiate or corroborate claims of paramilitary involvement in making anonymous threats'. It would be appropriate, I believe, for the chief executive to consider her position and the need to restore confidence at a time of heightened tension.”

Mid and East Antrim Council said the letter "clearly stated" it was written on behalf of the chair of the "Solace NI EU Exit Task and Finish Working Group".

A council spokesman said the chair regularly engages "with a wide range of stakeholders regionally and nationally regarding the smooth implementation of the Northern Ireland Protocol".

"It had no bearing whatsoever on the decision to withdraw council staff from Larne Port on February 1 - a decision taken unanimously by elected members at Mid and East Antrim Borough Council in prioritising the health, safety and wellbeing of our staff at the port."

The council said the letter is "irrelevant" to the Stormont inquiry, but they are "happy to share this with the committee, as requested".

A DUP spokesman said Ms Donaghy "contacted a number of representatives about concerns related to the Protocol, surrounding a potential levy being imposed on users of Larne port".

"In line with normal parliamentary protocol it was suggested that she highlight those concerns in writing to the government."