Troublemakers 'not welcome' at Loyalist protest and parade 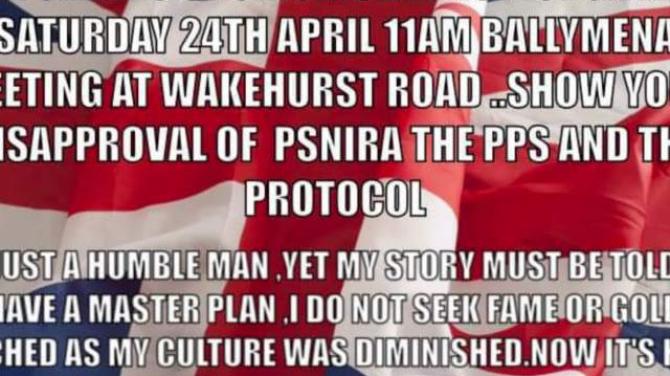 Loyalists in the Ballymena area have been urged to support a ‘protest and parade’ in the town on Saturday - but those who intend to create trouble have been told to stay away.

A source within local loyalism told the Guardian: "We don't want anyone coming along who aims to start any trouble. They would be better staying away - we want this to be a peaceful protest."

Brief details of the event have been shared on a social media meme which states: “To all shades of unionism, protest and parade Saturday, April 24 11am meeting at Wakehurst Road. Show your disapproval of PSNIRA, the PPS and the Protocol.”

It is understood that loyalists called off a number of protests last weekend in the wake of the Duke of Edinburgh’s passing.