Half mast flag 'ripped down on day of Duke's funeral' -Finlay 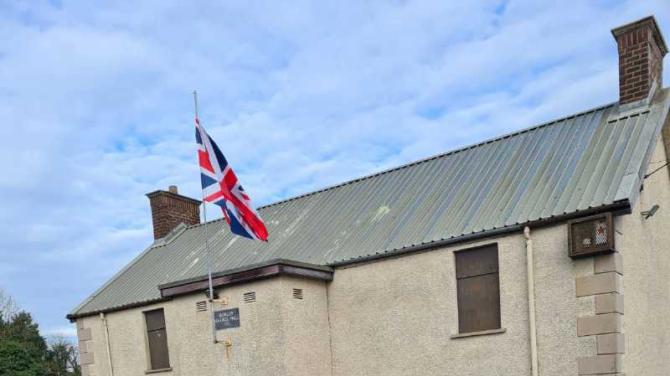 THE chairman of North Antrim DUP, Alderman John Finlay has accused ‘republican thugs’ of ripping down the Union Flag as it flew at half-mast on Dunloy Orange Hall in honour of Prince Philip, on the day of his funeral.

Alderman Finlay said; “This act of respect to a great man was too much for republican thugs who have now torn it down.

“ We are repeatedly told that we have nothing to fear from a united Ireland, but this sort of display of naked sectarian and anti-British hatred at a time of national mourning is a reminder of what we are up against. It’s clear that there are those in our community who will not tolerate our heritage, religion or culture in any shape or form.

“ I call on the police to take quick action to apprehend the culprits. I also call on all elected representatives to condemn this vile act without reservation or equivocation.”