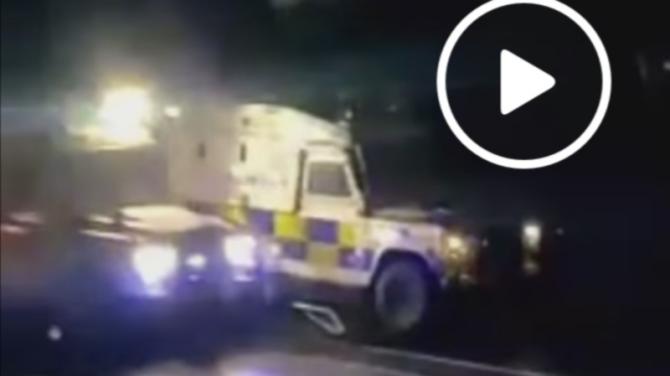 Footage has emerged on social media of a confrontation between police and loyalist protesters in the Ballykeel area of Ballymena last night.

Video shows a line of landrovers with lights flashing and sirens blaring moving along what appears to be Crebilly Road.

Earlier a band paraded as part of a protest at what was described in a social media post as ‘two tier policing’ and ‘Sinn Fein appeasement.’