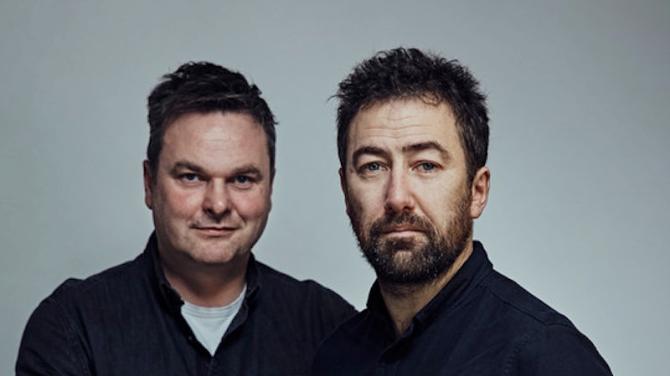 BALLYMENA man Declan Lawn is one of the writers behind a gritty new police drama set in Belfast.

Former journalist Declan and co-writer Adam Patterson shot to fame with their dramatisation of ‘The Salisbury Poisonings’.

Their new project ‘Blue Lights’, is a six-part series, telling the story of young police officers working in modern Belfast and the unique set of pressures and dangers they face as frontline cops.

The network series is one of eight new projects to be commissioned by BBC Drama as part of recently unveiled plans to increase portrayal of all audiences across the UK.

Blue Lights is the first series from Lawn and Patterson since last year's critically acclaimed The Salisbury Poisonings, which was the highest rated new drama launch on British television since 2018.

The BBC One show follows the probationary officers as they learn the basics of their profession and come to terms with a constant threat.

In this often-chaotic environment, the characters have just a few crucial months in which they will make it as police officers.

Based on extensive research and interviews, and told with a caustic wit, Blue Lights is inspired by the experiences of serving police officers in Northern Ireland.

The BBC has described the new drama as 'a fast-paced, frightening, and funny insight into what happens when the idealism of the police college classroom meets the reality of life in a precinct that's as starkly divided as it is terrifyingly dangerous.'

Writers Adam Patterson and Declan Lawn said: “Belfast is our home town, and to be able to write a show set in the city we know and love is one of the great privileges of our lives.

“It's a real joy to be bringing a major BBC drama back home.”

The announcement of Blue Lights comes weeks after the BBC revealed it had commissioned daytime crime drama Hope Street.

It will focus on the police department in the fictional town of Port Devine on the Northern Irish coast and the arrival of English Detective Constable Alimah Kahn, the first Muslim police officer in the town's history.

Speaking about the latest commission, Piers Wenger, director of BBC Drama said: “Telling stories that reflect the whole of the UK is about more than meeting quotas.

“ It's about enriching and emboldening what British drama means by honouring the true range of authorship across all of our nations and regions.”

Declan Lawn, whose father Gerry was a long serving bank manager in Ballymena, spent ten years as an investigative reporter for BBC Panorama.

As a screenwriter, he is inspired by the capacity for television drama to act as a companion to journalism, telling powerful stories about how the modern world really works.

Working on award-winning programmes such as the BBC's Panorama and Unreported World, he specialised in societal issues about youth and their place in world.