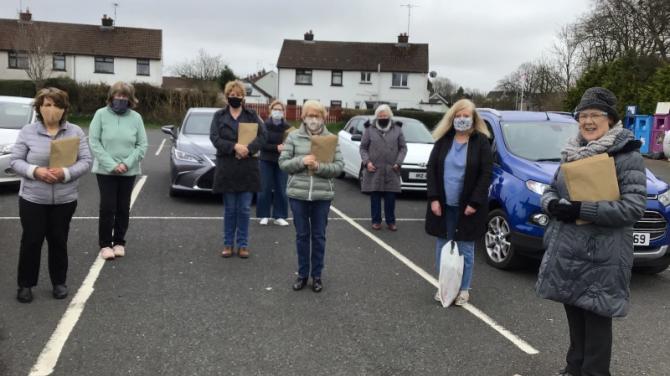 BROUGHSHANE W.I., whose last meeting was in March last year, have been keeping themselves busy behind the scenes.

And secretary, Marlene Adams, has now a full programme organised for the season.

The W.I. said that with the successful vaccination programme underway they hope to soon be able to resume normal W.l. activities.

Meanwhile, back in December members received a 2021 W.I. diary and a beautiful Christmas card designed my member Elaine Hine.

In February Sandra Adams secured a grant through the Northern Area Community Network, (NACN), funded by the Department of Communities and Department of Agricultural and Rural Affairs.

A total of 80 Well-being packs, put together by NACN, were delivered by Committee, undeterred by the snow in early February, to members and others in the community.

Also included was a February newsletter, using submissions by members, and containing a message from President, Janet Gaston.

The quiz was won by Annie Davison.

Second was Mary Adams, and third was Iris McFetridge.

In March members received another updated Newsletter, a lovely Easter card, a packet of garden seeds and a mini cross stitch kit.

Broughshane WI members look forward to the publication in April of the ‘Ulster Countrywoman’ magazine.