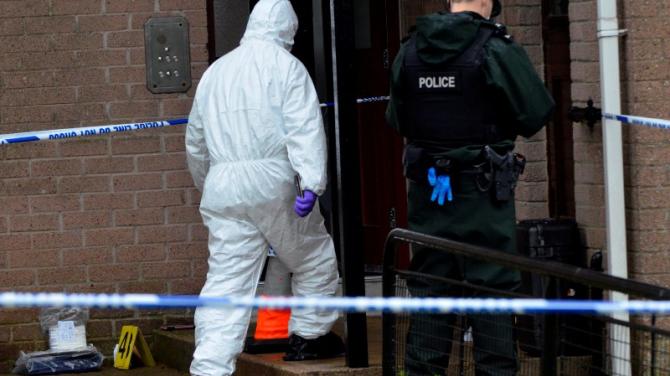 Almost 70% of people in Northern Ireland believe crime levels have increased, according to latest research.

The Department of Justice (DoJ) published the information in ‘Perceptions of Crime: Findings from the 2019/20 Northern Ireland Safe Community Survey’ (NISCS which was formerly known as the Northern Ireland Crime Survey (NICS). It is a National Statistics publication.

In addition to describing respondents’ perceptions of causes of crime, recent changes in crime levels and the extent of anti-social behaviour in the local area, this National Statistics bulletin illustrates two commonly used measures of concern:-

Worry about crime and personal safety.

Perceptions of the effect of ‘fear of crime’ on quality of life.

Drugs (80%), alcohol (56%) and a lack of discipline from parents (40%) were the three factors most commonly identified by 2019/20 respondents as major causes of crime in Northern Ireland today.

These three factors were also most likely to be identified by respondents as the major causes in their local area (48%, 35% and 25% respectively).

There were subsequent decreases between 2018/19 and 2019/20 in the proportions of respondents who felt there was less crime in Northern Ireland (from 8% to 6%) or that crime levels had not changed in the preceding two years (32% to 26%).

As in previous sweeps of the survey, latest findings suggest respondents continued to be more positive in their perceptions of crime trends in their local area than at the regional level, with 31% believing local crime levels had increased in the preceding two years.

Across the individual ASB categories, ‘people using or dealing drugs’ (31%) and ‘rubbish or litter lying around’ (27%) were most commonly identified as problems in their local area.

Latest findings show the proportion of respondents expressing a high level of worry about violent crime has shown a statistically significant decrease compared with the previous year (from 12% to 10%).

This is the second publication to be drawn from NISCS 2019/20, a representative, continuous personal interview survey of the experiences and perceptions of crime of adults living in private households throughout Northern Ireland.

The main aims of NISCS are to:-

Measure crime victimisation rates experienced by people living in private households regardless of whether or not these crimes were reported to, or recorded by, the police.

Monitor trends in the level of crime, independent of changes in reporting levels or police recording practices.

Measure people’s perceptions of, and reactions to, crime (for example, the level and causes of crime, the extent to which they are concerned about crime and the effect of crime on their quality of life).

Fieldwork was undertaken during the financial year 1 April 2019 to 31 March 2020, which involved 3,710 people aged 16 years and over giving complete interviews.