Ghost Tommies .. and a nurse .. back up at Moat Hill 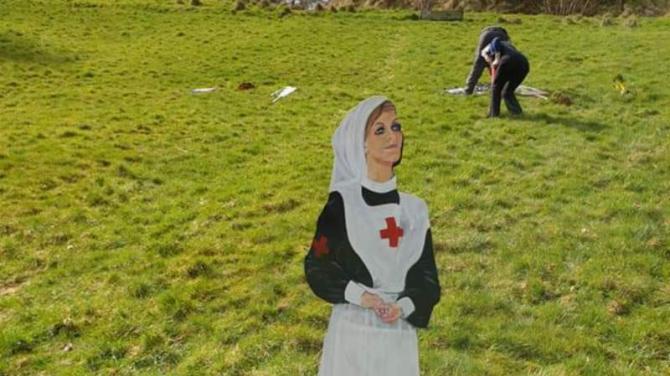 THE ‘Ghost Tommies’ at Ballymena’s Moat Hill which were knocked down by vandals recently were re-erected on Wednesday with community help.

Pat and Jean Rainey, the local couple behind the sculptures said they wished to stress that they were a tribute to soldiers from all sides of the community who served or fell in WW1.

They have also thanked Eric Gilmore for fund raising and Tam McIlroy, Mel Murphy and Craig Gilmore plus the Carson Project for assistance.

“We intend to have a more formal event later. We cannot thank the local community enough for their support,” said Pat.