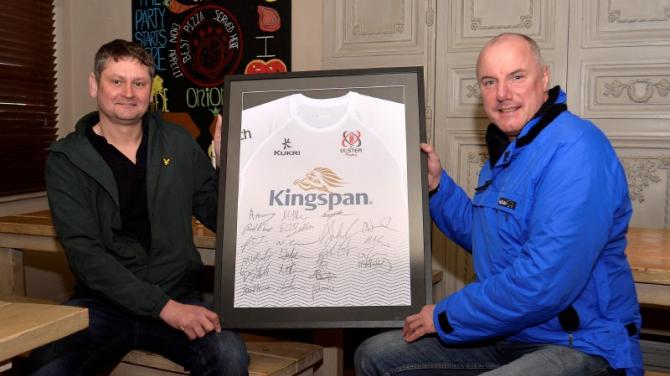 A Gala Dinner and Charity Auction, to mark the second anniversary of the death of Naomi Lynn and her friend Andrew Burke, will take place on February 19, next year.

Naomi’s father, mother and sister, Bryan, Barbara and Jenna, had planned the event for Friday, past - the date of the first anniversary of the double fatality.

But because of Covid-19 they had to postpone the dinner/auction - and all being well it will now take place in Tullyglass House Hotel on Saturday, February 19, 2022.

A year ago on Friday past (February 19) Naomi was tragically killed in a road traffic collision near Glarryford, along with her friend Andrew Burke.

She was just 21 years old; very talented and bright, she was artistic and in her final year of her Architecture degree at Queen’s University, Belfast.

She worked part-time with Andrew in Starbucks to fund her studies.

Naomi was very energetic and incredibly popular and had many, many friends.

“Looking back on the incredibly difficult year we have all experienced, the family are eternally grateful that they shared the celebration of Naomi’s life with family, friends and neighbours who traveled from near and far,” recalled Bryan.

Also present were her work colleagues from Milanos and Starbucks.

The family say they were eternally grateful for the kindness, generosity and support of all who sent messages and attended and helped with Naomi’s wake and funeral.

Meanwhile, as a way of thanking Air Ambulance NI, who attended the road accident, Bryan had been planning a Gala Dinner and Charity Auction.

“This was due to take place last Friday,” outlined Bryan.

“With current restrictions, it has been postponed until February 19, 2022. Tickets already bought remain valid and tickets are still available for the new date. Many thanks to all who have bought tickets so far.”

Those wishing to purchase tickets can contact Bryan through Milanos, Ballymena.

To be in with a chance of winning it, all you have to do is donate a minimum of £10 to the Just Giving page set up in Naomi’s memory, before March 15, -