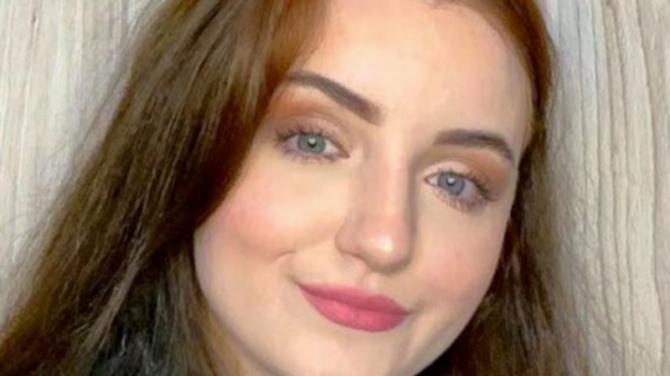 Laura Barr is the first young person from Broughshane to complete her Queen’s Guide Award since Girlguiding resumed in the village in 2000.

She has been an active member of the Rainbow, Brownie, Guide and Ranger units in Broughshane since she was 4 years old.

Laura, who went to Cambridge House, is currently a leader in the Ranger Unit (Slemish Look Wider Group) while she reads law at Chester University.

The Queen’s Guide Award is a very prestigious award and is only gained after a considerable and sustained effort on the part of a young member.

For her Personal Skills Development Laura produced a portfolio of photographs - mostly from the local area and the North Antrim coast - focused on studies in texture, the use of light and unusual angles.

Many of the images are of a professional standard. Laura’s Service in Guiding involved her gaining both her Leadership Qualification and Camping Licence.

For her Residential Experience, Laura went as a Leader from Girlguiding Ulster on an international camp in Bucher Berg, Germany in 2019 with several hundred girls from all over the world.

She had attended a Jamboree at Horsching in Austria in 2018 as an Assistant Leader. This was a great way to extend her international Guiding knowledge and experience.

For her Outdoor Challenge, in 2019 Laura organised and led a group of friends on an exploration of sights and scenes in London.

This was a major undertaking, but also had a huge element of fun. Over a few days the group visited many of the traditional sights such as Buckingham Palace, the London Dungeon, the Hogwarts’ platform at King’s Cross station, Chinatown and the RAF Bomber Command memorial in Piccadilly.

Her Community Action Project was a study into how democracy works in the United Kingdom and was based on a highly detailed analysis of voting trends across the country.

It is a comprehensive piece of work which could be used in the future to encourage young people to exercise their right to vote.

In due course Laura will be presented with her Queen’s Guide Award badge and certificate at a special event hosted by the Chief Guide.