Digging deep for even more information on local heritage 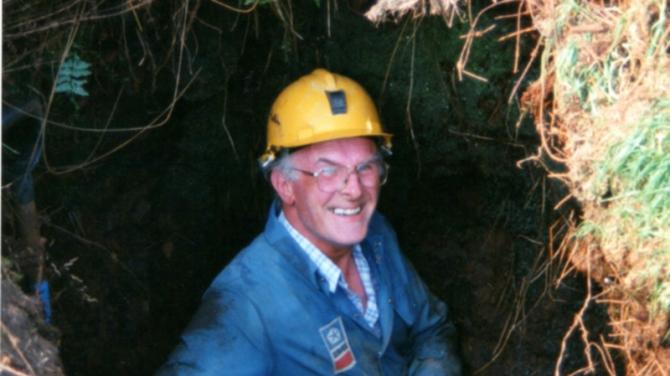 OUR recent feature on the impact of iron ore mining on the area around Glenravel proved hugely popular.

And the interest generated by the article with its focus on the landscape and the wonderful walks in that part of the Antrim Hills has brought a smile to the face of Kevin J. O’Hagan who is probably the greatest authority on the mines and the part they played in local history.

In fact, if it had not been for Covid 19, Kevin would have been conducting guided bus tours of the area on behalf of Mid and East Antrim Council.

He says: “I have given dozens of illustrated talks/presentations and field trips on the mines over the past 40 years to various societies and groups, QUB (Geology Dept) and Ulster University and as far away as Manchester University (UMIST).

“If it hadn’t been for Covid I would have been engaged by Mid & East Antrim Council through the Braid Museum to facilitate guided bus tours round the area last year but these had to be cancelled.

“Perhaps when this pandemic is all over, and we are free to ramble and roam, I can get back to doing what I know best.

“As a qualified tour guide, local historian and the sole authority on these mines I would be happy to lead walking tours of the mining area or give more illustrated talks when people are again free to mingle.”

Kevin’s book, “The Mountains of Iron” is a full, detailed and well-illustrated history of the mining industry in Mid-Antrim and a useful guide to explain to anyone out walking in the hills or the Dungonnell Way.

“It gives context to what what features can be seen and what took place in the area 150 or so years ago,” he says.

The book tells how iron ore mining began in Co. Antrim 150 years ago, how the mines were worked and how small farmers became skilled miners, toiling in cramped conditions beneath the Antrim hills. The industry gave birth to the Irish Narrow Gauge railway system.

The mines transformed the bleak hills of the Antrim Plateau into a hive of industry. Today the red spoil heaps, disused railway cuttings and the Drum Brae are reminders of a once thriving industry.

Kevin, a retired civil servant was born in Newtowncrommelin, right in the heart of the mining area.

“My Father and grandfather were iron ore miners. Father worked in Lyle’s Hill mines, Templepatrick during WW2,” he explains.

Not surprisingly, he acquired a particular interest in mines in Mid-Antrim and a general interest in local history.

He has been researching , recording and exploring the mines since 1972. He is a former chairperson of the Glens of Antrim Historical Society, founding member of Mining Heritage Trust of Ireland (1996) and Glenravel Historical Society (2010).

In 1975, he was part of the Irish Speleological Expedition to descend the 2nd deepest cave in the world (- 4000 ft) in the French Alps.