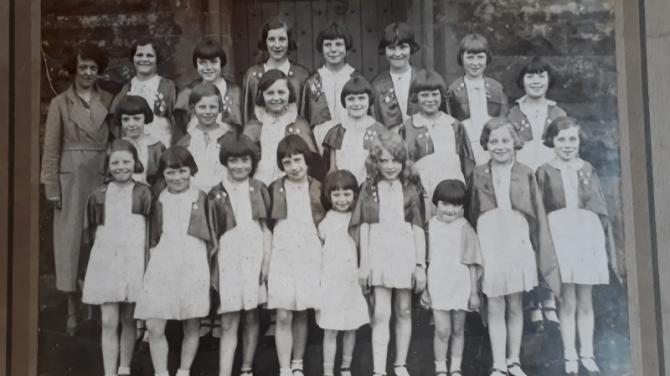 Ballymena has a long history with Irish Dancing and modern festival dancing has its roots firmly in the town.

Agnes McConnell who once danced for Princess Mary, was joined by her younger sister Pearl and two other brothers and went on to form the McConnell School of Dancing based in Harryville.

They were highly successful at Festivals all over the North and South of Ireland.

Pupils travelled from as far as Belfast to attend classes and Feis’ in the Town Hall.

The Seven Towers School were very popular and danced at many displays cross community including Orange and Hibernian Halls.

They also did a tremendous amount of charity work and even visited the Waveney and Cottage Hospital on Christmas day with local man Herbert Watt dressed as Santa.

The Irish Dancing classes continued through World War II and Agnes made the dresses from material bought from Wilson’s of Church Street that were white with a green satin cape.

Today’s dresses are much more elaborate and can cost thousands of pounds.

Many Champion Dancers started their dancing careers with Agnes and Pearl, including Nicholas McKenna, John Devlin, Pat McGrogan, May Allen and Margaret Swan.

May Allen went on to teach and start her own school, moving from Festival Dancing to An Chomhdhail.

The Allen School of dancing are still competing but sadly May passed away in 2017.

Agnes’ and Pearl’s Brother moved to Canada and McConnell School of Dancing is still going today.