Another medical honour is bestowed on young Broughshane doctor 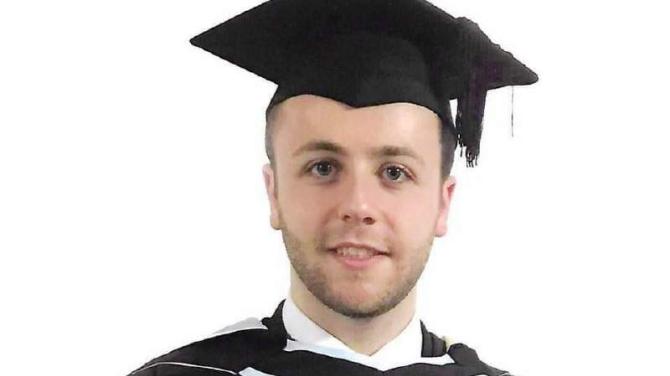 A Broughshane man has received one of Irish medicine’s most coveted prizes.

Last year, Jason Nicolietti was awarded the first place in the University Prizes in Medicine awarded by the School of Medicine, Dentistry and Biomedical Sciences at Queen’s University, Belfast.

And last week there was further recognition for Jason when he received the prestigious Reuben Harvey Prize, which is awarded each by the Royal College of Physicians of Ireland to the students who achieve the highest marks in their class for final year examinations in Medicine, Surgery and Obsetrics.

The Reuben Harvey prize was established in 1882 in memory of Dr Reuben Joshua Harvey, anatomist and physiologist who died in 1881 at the age of just 36.

Professor Mary Horgan, President, Royal College of Physicians of Ireland said: “ Congratulations to all of this year's winners.

“As former Dean of the School of Medicine in University College Cork, I know that passing final year exams is a big moment in the life of a young doctor and it is important to recognise those students who achieve the highest grade in their respective Schools.

“You are very welcome as new members of the Royal College of Physicians of Ireland – your College looks forward to supporting you throughout your medical career.”

He then went on to study at Queen’s medical school where he won a fully paid scholarship for the five years.

During his studies he completed an intercalated Masters degree in Medical Education at Brighton & Sussex Medical School and he passed it with distinction.

He sat his final exams last year and came first out of 270 medical students, for which he was awarded the University Prize in Medicine.