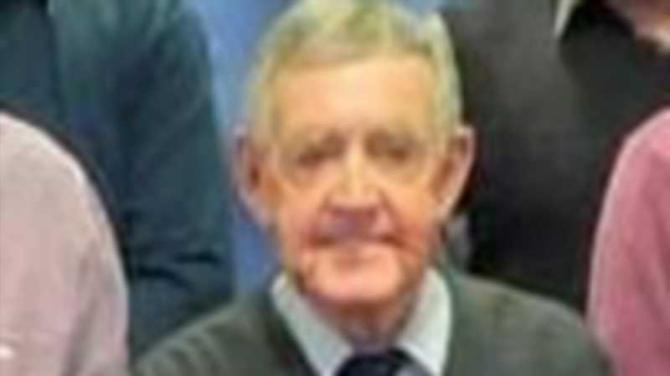 The former Director of Music at Connor Presbyterian Church passed away on Tuesday, January 19. He was 80-years-old.

“Willis will be sadly missed by his loving family and by his Church family in Harryville,” said Rev. Chestnutt.

“But it brings us great comfort to know that he is absent from the body but present with the Lord. Paula describes the Willis we all knew in this way: he was small in stature but big in attitude. We give thanks to God for the life of Mr Willis Cairns.”

In the tribute the Minister outlined that Willis was born on October 10, 1940 - the first child born to John and Molly Cairns.

He was later joined by a younger brother, David.

The family lived on Casement Street but later moved to the Moat Road. Willis’ final home was in Meadowvale.

Willis attended Harryville Primary School before moving on to secondary school. He left school at the age of 15.

They were regular in attendance at worship and other activities.

“The Boys Brigade was particularly important to Willis. As a boy he attended faithfully, making friendships that would last a lifetime. He also went on to serve as an officer in the Company,” said the Minister.

When Willis was aged about 24 or 25 his father passed away.

After David got married, Willis continued to live with his mother and care for her until her death in 2001.

Over the years, Willis had a number of different jobs.

“But his career was really in telecommunications. He worked as a switchboard operator in the Massereene Hospital and later in Antrim Hospital before moving to British Telecom. He stayed with BT right up until his retirement,” said Rev. Brown.

The Minister said Willis was a wonderful uncle to Wendy, Paula and Lesley.

“He was responsible for teaching the girls to drive, offering them advice such as give it a bit of juice and put the foot down,” said Mr. Chestnutt.

“He was also a much-loved great uncle to Erin, Ellie, Robbie and Carter. The members of the family have many precious memories of happy times with Willis – especially of Christmases when he would come to Newtownards.”

Aside from his family, music was Willis’ other great passion in life.

He served as organist in First Broughshane Congregation before moving to Connor.

For over 30 years he served as director of music in Connor.

At different times he also helped out with music in Ballykeel and in the Congregation in Harryville.

Just for fun he also played at the afternoon fellowship in the Elim.

Over the years, Willis also played at many weddings and funerals.

His love for music has been passed on to his great-nephews and nieces.

The Minister said Willis had many interests:

He played hockey for Ballymena Hockey Club and is remembered as “a terrier down the right wing.”.

He continued playing hockey right up into his late 30’s.

Willis loved to travel and even into his later years was still going on holiday.

He enjoyed trips to places like Tunisia, Portugal, Malta, America and South Africa.

“When he retired, he took a round-the-world trip and was away for up to four months,” said Rev. Chestnutt.

The Minister said Willis liked to garden and if it was a good day he also liked to work on his tan!

He had a sweet tooth and enjoyed a visit to Sweets and Treats for an apple tart, cake or some buns.

“Even when he wasn’t keeping so well he still liked to take the bus up the town on a Saturday,” said the Minister.

Rev. Chestnutt told the mourners that they had gathered to give thanks for the life of Willis.

Rev. Chestnutt asked - “What do you see today? Do you see tears, handkerchiefs; a coffin? Sorrow, loss and death – is that all you see?

Rev. Chestnuff concluded - “Dear people, what do you see today? Do you see Christ?”

* The Ciarns family would like to thank those who, over the years, helped to care for and support Willis: His social worker Holly; His GP’s Dr McQuillan and Dr Johnston; The carers who came into his home every day; Albert and Noelle; Davy and Jean; The staff of Antrim Area Hospital; And finally the staff of Rosedale Residential Home, Antrim.

“Willis was one of the Officers and I have many fond memories of him, and my time in the BB,” said Harryville man Jackie.

“We had some great times at the annual BB camp in the Isle of Man.”