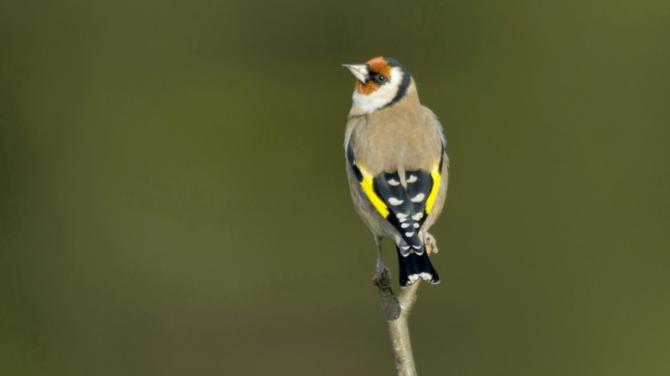 RSPB NI is hoping that more people from the Ballymena area than ever will celebrate their love of nature and unite to count garden birds at the end of January for the annual Big Garden Birdwatch.

In the past year, it’s been clear to see how important the natural world is to everyone’s mental health and wellbeing.

There has been a surge in interest in the nature on our doorsteps and many people have come to rely on garden birds to bring joy and comfort in these unsettling times.

This year’s event takes place on Friday 29, Saturday 30 and Sunday 31 January. People are being asked to spend just one hour watching and recording the birds in their garden, then send their results to the RSPB.

Close to half a million people join in the Birdwatch every year across the UK. Just under 14,000 people from Northern Ireland took part last year.

Anne-Marie McDevitt, RSPB NI Head of Species, said: “With more people having to stay at home over the past year, everyone has been spending more time outdoors and in gardens and I think as a result have been noticing nature more and having more time to engage with it.

“Last year people were asking us if more birds were singing during the lockdown, but it’s not that there has been more wildlife about; it’s just that we’ve had more time and space to notice it.

“By taking part in the Big Garden Birdwatch, you are helping to build an annual snapshot of how our birdlife is doing. It is only by us understanding how our wildlife is faring that we can protect it. We’ve noticed that more people have signed up now for the Birdwatch than had at this stage last year, which is fantastic. We know that nature is in crisis and together we can all take action to solve the problems facing it. Nature needs us.”

Just one hour every year for the last four decades has made the RSPB’s Big Garden Birdwatch the world’s largest garden wildlife citizen science project. Now in its 42nd year, 144 million birds have been counted.

Last year’s results showed that house sparrows remained at the top of the Big Garden Birdwatch rankings in Northern Ireland, with an average of almost five sparrows being spotted in gardens. Collared doves flew into the top 10, replacing coal tits, while sightings of goldfinches and robins were up too.

While counties Down and Tyrone both had the same top two in 2020 (house sparrows followed by starlings), starlings were the most-spotted birds in counties Antrim, Armagh and Derry-Londonderry – ahead of house sparrows – while Fermanagh’s number one bird was the chaffinch.

Big Garden Birdwatch continues to highlight the winners and losers in the garden bird world. While house sparrows and starlings may be the UK’s most commonly sighted birds, a closer look at Big Garden Birdwatch data shows that numbers have dropped dramatically since the Birdwatch began in 1979. House sparrows are down 53%, while starlings are down 80%. It’s a pattern echoed by two more garden favourites, with blackbirds and robins down 46% and 32% respectively.

Registration for Big Garden Birdwatch 2021 is open now. To sign up, www.rspb.org.uk/birdwatch