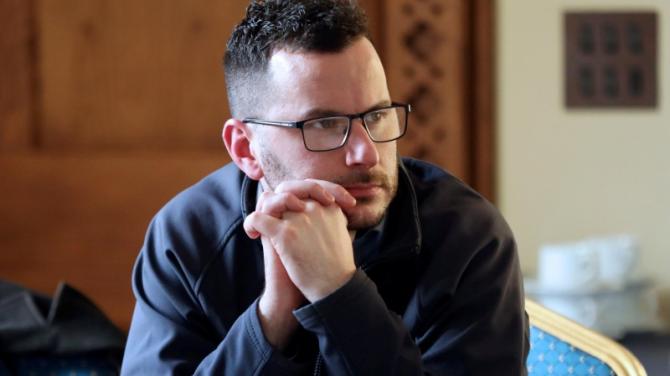 TUV Bannside councillor Timothy Gaston has described the move by the Human Rights Commission to take legal action on what they term as ‘ abortion failures’ by government as ‘shameful’.

The NI Human Rights Commission is set to sue over the alleged failure to commission and fund the provision of abortion in Northern Ireland.

Cllr. Gastonsaid: “We have learned to expect little from the Northern Ireland Human Rights Commission but their decision to launch legal action over the alleged failure to commission and fund the provision of abortion in Northern Ireland is a new low.

“ It is shameful that an organisation which proudly markets itself as “protecting and promoting the human rights of everyone in Northern Ireland” should use public money in an action which would, if successful, result in a direct threat to the most basic and fundamental human right of the most vulnerable – the right to life of the unborn.

“Our doctors and nurses are valiantly combating the threat of the virus and battle to keep people alive in our hospitals. They have won the admiration of everyone in our Province in doing so and this weekend Trusts were openly saying that they were at breaking point. Yet the NIHRC has chosen this moment to go to court to seek to use NHS resources in the ending of human lives.

“There is already significant public unease about how the Department of Health is going about the issue of abortion. At the weekend we learned that the Northern Trust resumed providing abortions again. Questions put to the Health Minister by my party leader on the issue are three months overdue including how the figures on abortions performed this year compare with previous years. A body which is supposed to concern itself with the protection of human rights would be better served pushing for greater clarity around the unborn lives which have already been lost due to legislation which was imposed on Northern Ireland. Let’s not forget that the NIO consultation on abortion resulted in over 21,200 responses of which some 79% registering their general opposition to any abortion provision beyond that which was previously permitted.

But support for the move has come from the grouping ‘Alliance for Choice’.

They said: “Alliance for Choice welcome the Northern Ireland Human Rights Commission in their legal action against the Secretary of State for Northern Ireland, the Department of Health NI and the Health Minister.

“We regularly speak to women and pregnant people who are unable to find out information about the services they are legally entitled to online, people who have been purposely delayed by anti-choice organisations because provision is so unclear, and people who are beyond the 10 weeks or unable to leave the house and need help accessing telemedicine online.

“There is no information on any of the Health Trust websites about abortion access. In contrast, Ireland had a public health campaign, a government-funded central access number advertised on buses, trams, online and on television. Emma Campbell of Alliance for Choice said,

“Northern Ireland has forced abortion seekers to be detectives for their own healthcare. Some women have had to travel to other areas of high infection rates in Britain to access the care they are legally entitled to here. Travel was specified as an untenable solution to abortion by the CEDAW committee’s inquiry report in 2018. This must end now.

“The Department of Health continually say the issue needs to go to the NI Executive as it is controversial, twisting the spirit of the Good Friday Agreement to fit an anti-choice agenda. Yet despite this, almost a year after regulations were laid, we are unaware of it ever being brought to the Executive, therefore this remains a threat and a delaying tactic, rather than a political reality.

“Les Allamby of the NIHRC is right to say that this pass-the-parcel with our lives and bodies needs to end immediately. Stella Creasy MP, is right to point out the inconsistencies of Brexit policy and Health Policy. Naomi Connor of Alliance for Choice reminds us,

“Lest anyone forget, the reason we have the new law was to address grave and ongoing systemic human rights abuses by the state. This was to be addressed from April 2020. Both Robin Swann and Brandon Lewis have utterly betrayed us.”

Alliance for Choice thank all of the healthcare staff who have been delivering the care that has been available against all odds and in a crisis, they need more support not barriers to providing care. We will continue to offer direct support to people who fall outside off the current bounds of deliverable abortion care in Northern Ireland.”