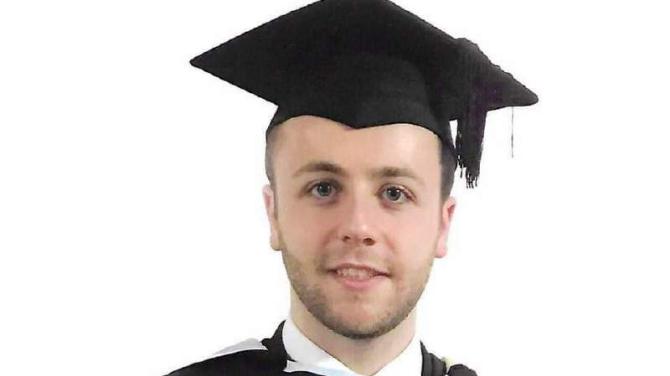 A Broughshane man has secured one of the most prestigious prizes in the study of medicine in Northern Ireland.

Jason Nicoletti was awarded the first place in the University Prizes in Medicine awarded by the School of Medicine, Dentistry and Biomedical Sciences at Queen’s University, Belfast.

He then went on to study at Queen’s medical school where he won a fully paid scholarship for the five years.

During his studies he completed an intercalated Masters degree in Medical Education at Brighton & Sussex Medical School and he passed it with distinction.

He sat his final exams this year and came first out of 270 medical students, for which he was awarded the University Prize in Medicine.