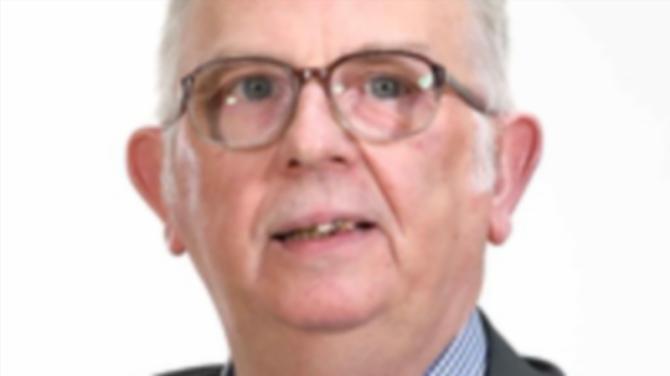 OUTSPOKEN DUP councillor John Carson was back in the spotlight this week after a social media post on Covid 19 vaccine.

Responding to a Facebook question which asked if he would take the new vaccine, Ald. Carson replied that he would not and made a claim that "it contains stem cells and tissue from aborted babies".

After his views were shared widely, Ald. Carson said he was now being subjected to ‘trolling’.

He posted on his Facebook page: “It is a sad reflection on today’s society when one cannot express an opinion withouit facing a tirade of foul language and online abuse.”

But his views were repudiated by his own party in a statement which called for people to take the vaccine as a matter of civic duty.

The DUP spokesman said: "Everyone who is recommended to take the Covid-19 vaccine should do so in order to protect themselves and others in our community."

Back in April Ald. Carson was in public focus for claiming the pandemic was God's judgement for abortion law reforms and legalising same-sex marriage in Northern Ireland.

He later said his online remarks were "misinterpreted" and he did not intend to cause hurt or offence, but added: "I will never apologise for my Christian faith."

The Department of Health have stressed that the Pfizer Vaccine does not contain human tissue.

They said: "It should be remembered that vaccines have saved millions of lives worldwide. We need widespread take-up of the ovid-19 vaccine in NI to protect the population, particularly older and vulnerable citizens.

"Widespread take-up will also help us move towards the easing of restrictions in society."

The first doses of the Pfizer/BioNTech vaccine were administered on Tuesday when it was revealed that the Seven Towers Leisure Centre in Ballymena would be a vaccination hub for the Northern Trust area.

In recent weeks, Ald. Carson has also expressed his concerns online about lockdown restrictions, contending that thy were doing ‘serious harm to the economy.’

SDLP North Antrim Representative, Councillor Eugene Reid has said he was appalled to learn of the latest ignorant comments from DUP Councillor John Carson and encouraged everyone to ignore fake news about the covid-19 vaccine.

“Unfortunately, ignorant and ridiculous comments from Councillor Carson are hardly a surprise, but his comments about the covid-19 vaccine are dangerous and frankly disgraceful. He should immediately retract them and apologise.”

“I spent more than 20 years working in the pharmaceutical sector, so I find the prevalence of fake news about the vaccine particularly galling. We should be grateful to the researchers and scientists who have developed this vaccine, which when the vaccination process is complete, will allow us to go back to our lives once more.”

“I will be taking the covid-19 vaccine as soon as it is offered to me and I would encourage everyone to do so. Please ignore the dangerous fake news and listen to the experts.”