Hats off to Tommy's Appeal 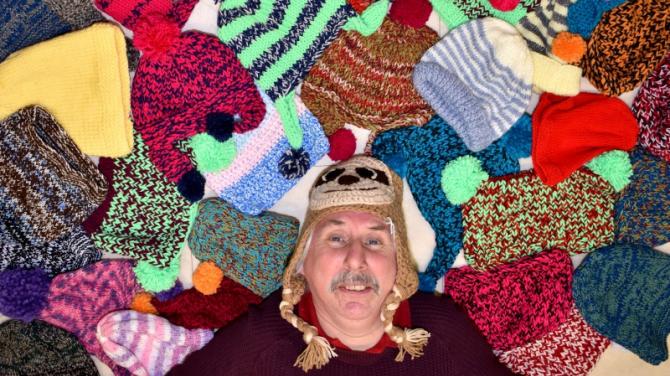 BALLYMENA'S community of knitters and crocheters haven't let lockdown stop them from making thousands of colourful woolly hats for charity.

Despite the Covid 19 pandemic the cross community group, with the help of others in the community, have managed to crochet and knit their way to an incredible ​​​2,786 woolly hats as part of an annual appeal.

The 'Tommy's Hat Appeal' was set up two years ago by manager of the Salvation Army Shop in Ballymena, Doreen Armstrong, in memory of her father Tommy Donaghy who passed away in January 2018, aged 90.

Doreen runs the 'Lets Knit and Crochet Together' group and over the last couple of years they have created thousands of woolly hats in aid of charity.

Doreen said: “It is a cross-community group which I set up five years ago. We have always been well supported and over the last two years the appeal has received a great response.

“This year with lockdown we weren't expecting as many hats but everyone has been working away at home and I have been busy leaving wool to various locations.”

The woolly hats are counted and then donated to the Road of Hope Shoebox Appeal, Seafarers through Colin Jenkins and to the homeless through the Salvation Army.

Sadly the Salvation Army Shop at Broughshane Street in the town centre is due to close, however, a new location for the hats has been found.

Midtown Makers at Church Street in Ballymena has stepped in and opened their doors to Doreen and the group.

Doreen said: “Sadly our Salvation Army Shop is closing but thankfully we have found a new location for our group at Midtown Makers. We wanted to keep it as close to the town centre as we could.

“We look at it as a new beginning and we want to thank Jim Stevenson at Midtown Makers for the support.”

If anyone wishes to pick up a pattern and get involved they are available at Midtown Makers in Ballymena.

A further 500 hats wenmt to the seafarers and fishermen and 230 hats to the homeless.