Let us entertain you for a great cause! 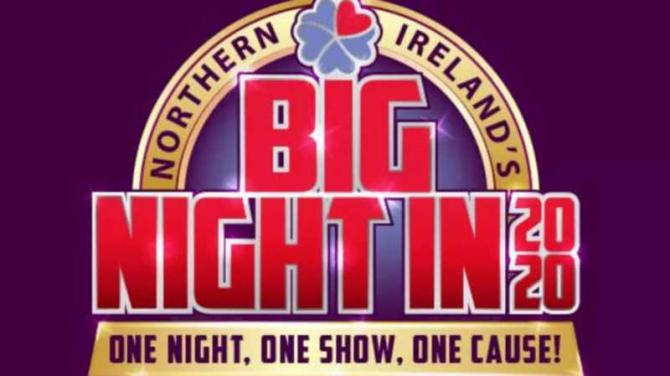 Like many charities, the N.I.Children’s Hospice has been struggling to raise funds since the onset of the Covid-19 Pandemic several months ago.

The Hospice needs £16 million per annum to run the Hospice. They receive £4.5 million from government, leaving a shortfall of £10.5 million to be found every year.

In recent weeks Chris and Mary Selwood from Ballymena who run the very successful Belfast Property Meet and Stephen and Marie Reynolds proprietors of the award winning Front Page Bar, Ballymena have teamed up to help.

Over the years they have been huge supporters of N.I.C. Hospice and have raised thousands of pounds for the charity.

Together they came up with the idea of organising an “online, virtual concert” entitled “Northern Ireland’s Big Night In 2020” to help raise much needed financial support for the Northern Ireland Children’s Hospice.

The evening of music, comedy, song and dance takes place on Friday  December 4 from 7pm and will be broadcast live on Facebook & YouTube.

The event, similar in format to Children in Need but on a more local level, is hosted by Jackie Fullerton MBE and BBC presenter Claire McCollum.

But what exactly does that mean? It means that if you have a child that has a life limiting condition, then the N. Ireland Children’s Hospice can help you with specialist care, not only for the child, but also for the entire family.

Imagine receiving the news that your child has a rare or complex health condition, while that news in itself is a terrible emotional blow, a parent may also have to worry about managing their child’s care, sorting out medications, dealing with numerous hospital visits, living with sleepless nights and the continual worry about infection or signs that their condition is worsening—as well as often still being a parent to other children in the family.

For many children and parents across our community, the N. Ireland Children’s Hospice is a lifeline -.somewhere they can turn for help when they need it, where there will always be someone to listen and care for those very ill children when things are tough. Care is provided not only in Horizon House but in many families homes across Northern Ireland as well. Producer for the event is Alan Kirk from Ark Media who has recently worked with Shane Lynch (formerly Boyzone) and the guys at Boyz on Block

Chris said: “It’s going to be a very exciting night and all we need everyone to do is tune into “Northern Ireland’s Big Night In 2020” on Friday 4th December at 7pm and enjoy all the wonderful entertainment provided. We are also asking you to donate whatever you can to help this very worthy cause. Check out how you can view this fantastic concert and donate at the bottom of the page.”