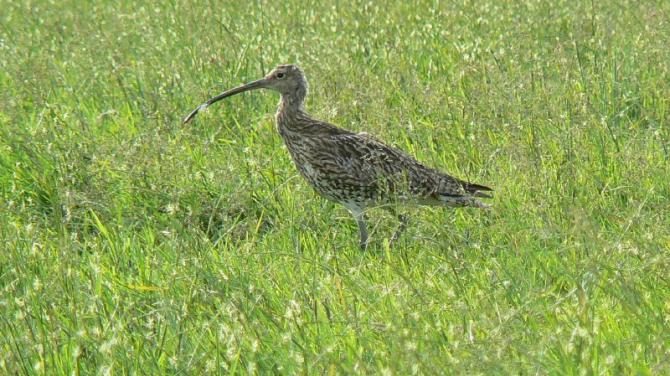 THE staggering loss of native wildlife in Northern Ireland has been exposed in a new report from the National History Museum.

And the report says that the hills of the Mid and East Antrim area are among the last places of refuge for one of the island’s best loved birds - the Curlew.

New analysis from the Museum, in collaboration with the RSPB, has revealed that the UK languishes at the bottom of the league table of both G7 and EU countries for the amount of nature it has left.

In a global assessment, Northern Ireland was revealed as the 12th worst performing country for biodiversity loss with the Republic of Ireland ranking 13th lowest out of 240 countries.

More than 40 million birds have disappeared from UK skies since 1970, and the crisis is showing no signs of slowing.

The 2019 State of Nature report, which both the Natural History Museum and RSPB contributed to, revealed:

In Northern Ireland, we’ve lost more than 80% of the curlew population since 1987, with Fermanagh and the Antrim Hills the last remaining hotspots

In Northern Ireland, 11% of all wildlife is now threatened with extinction

The Natural History Museum and the RSPB believe the new league tables provide an urgent wake-up call that more and faster action is needed to reverse the terrible losses in wildlife seen in recent decades.

Natural History Museum Biodiversity Researcher Adriana De Palma, who worked on the analysis, said: “The way we use the land in our country has left its mark not just on the landscape, but on our biodiversity. If we want nature to recover in the UK and across the world then immediate action is required.

“The rapid disappearance of species and ecosystems is a global disaster - it requires a global solution. We must act but we must also avoid falling into the trap of preserving or improving our biodiversity levels at the cost of exporting losses to other countries.”

RSPB NI Director Joanne Sherwood said: “These league tables make for difficult reading and set the scene for the scale of the task before us.

“But we don’t have to continue like this; there is an opportunity to change and make the next decade count.

"Science-based analysis like this underlines that we must make urgent progress and investment if we are to avoid even more nature vanishing by 2030.

“We will be calling for 30% of land to be protected by 2030 as committed to by the Prime Minister earlier this week. The Prime Minister promised to work with the devolved countries of the UK, and RSPB will be seeking clarity from the Northern Ireland Executive as to how it plans to meet this important milestone.

"If we want nature in Northern Ireland to recover, transformative solutions to match the scale of the crisis must be put into action now. Only targets in law will have the necessary traction to secure the changes that are so desperately needed.”