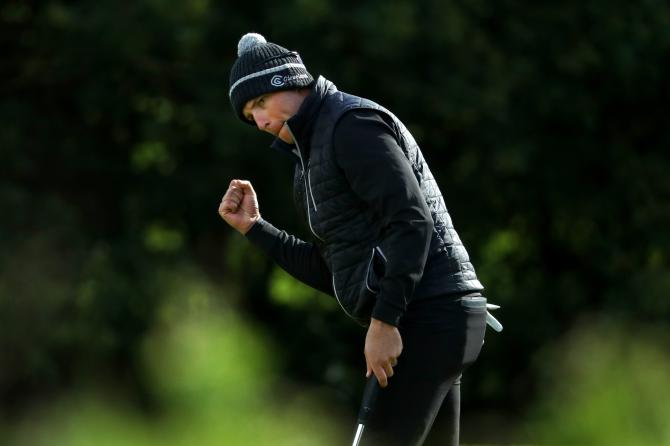 THE European Tour has withdrawn Sebastian Soderberg from this week’s Dubai Duty Free Irish Open after the Swede was notified of a contact who has subsequently tested positive for COVID-19.

The notification was received yesterday evening – Thursday September 24 – after Sebastian had completed his first round, and identified from before he entered the tournament bubble at the Galgorm Castle Golf Club.

In accordance with public health guidelines, Sebastian will self-isolate for a total of 14 days and will be supported throughout that period by European Tour medical and event staff.

His playing partners, Tom McKibbin of Northern Ireland and Scott Hend of Australia will complete their second rounds today as a two-ball, teeing off at 10.20am.

Meanwhile, the second day's play is well underway in Ballymena where three players share the lead after the opening round.

Play was suspended at the very end of the day with just one group left to finish, but the trio were safe at the top, one stroke clear of Englishman Toby Tree heading into day two in Northern Ireland, where the performance of a homegrown amateur player set tongues wagging.

Irishman James Sugrue, the 2019 Amateur Champion who played at last week's U.S. Open at Winged Foot, carded a three under 67 to sit just two shots off the pace - drawing comparisons with a famous amateur victory in this tournament by one Shane Lowry 11 years ago.

Lowry, returning to home soil for the first time as Open Champion this week, struggled to an opening five over 75 while European Ryder Cup Captain Padraig Harrington carded a one over 71 in his first competitive appearance in six months.

"It’s been a long time since I’ve woken up and hit balls in the dark, too, but the greens were perfect and obviously it worked out for me today. I’m just happy to be back in the hut right now.

"For 16 holes I played flawless golf pretty much. I didn’t really miss a shot. A couple of great up and downs kept the momentum going and then unfortunately on 17 I fell asleep over a three-footer but other than that, honestly I played great.

"I think if you’d asked me three days ago when I got here if I’d take 65, I would have taken it. It’s a beast of a golf course and I hit it good off the tee and if you do that around here, you’ll do good, so 65 in round one – anybody would be happy with that."