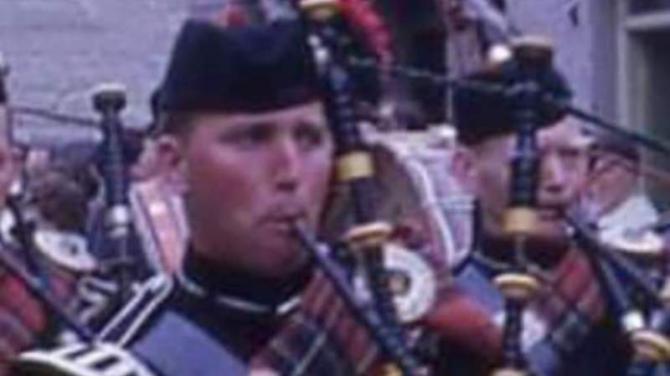 A local man who passed away last week has been described as a ‘giant of the piping world’.

Former members of the Ballymena based Seven Towers Pipe Band were saddened to hear of the passing of their former Pipe Major, Mr. Bertie.

Bertie, together with his late wife Jean, were widely known and were great ambassadors for the pipe band fraternity across Nothern Ireland Ireland.

Bertie will be remembered as a great friend, a great tutor and a great role model and mentor for many who came through the ranks of Seven Towers Pipe Band.

Mervyn Herron MBE commented: “I was very sorry to hear this news. Yet another talented musical heavyweight gone. He was a gentleman.”

Michael Cathcart said that Bertie was ‘Seven Towers to the core all his life.’

“His father Arthur was a founder member of the band way back in 1926. He was just a lovely decent, quiet gentleman who will be sadlymissed by all who knew him.”

Stephen Reynolds, another ‘old boy’ of the Seven Towers said he was deeply saddened to hear of Mr. Todd’s passing.

“Bertie was great tutor, a great role model and a great friend.”

Ciaran MacMurchaidh echoed these sentiments, posting: “Very sad to hear of the passing of yet another of the giants of the piping and drumming world.

“He was one of the unassuming gentlemen of the game.”