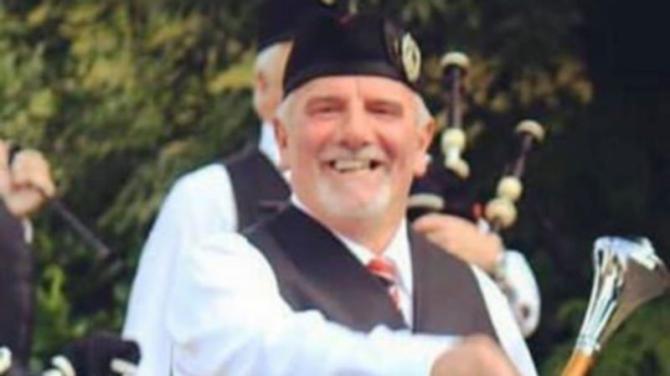 Broughshane & District Pipe band are deeply saddened at the sudden death of their esteemed chairman and friend Robert Montgomery.

The band and all those affiliated with it wish to pass on deepest sympathies to fellow band member Ryan Montgomery on the loss of his father.

They said: “Our thoughts and prayers go out to the entire family circle at this difficult time.

“Robert was a well respected and valued member of the team who was always willing to lend a helping hand in whatever way he could.

“On the day of a competition he was often found helping to set up the tent, carry drums, pipe cases and capes.

“It wasn’t unusual to find Robert in a kilt deputising as the drum major or bass drummer at many of the bands engagements when required. He will be sorely missed by all.”

Due to current restriction, house and funeral was private. Donations in lieu of flowers if desired may be sent to James Henry Funeral Services, 100 Broughshane Street, Ballymena BT46 6EE for Broughshane and District Pipe Band Funds.