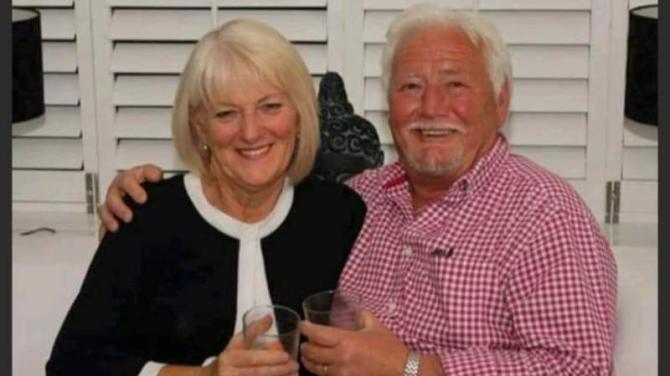 A Ballymena woman has warned the public not be become Covid-19 complacement - after her dad Tommy won his battle against the killer virus.

Nichola O’Neill, from Phoenix Fields, is so relieved that her father beat the coronavirus, but is quick to point out that the public must stay on full alert until told otherwise.

“This is not an age related disease,” Nichola told the Guardian.

“Do not become complacement about it. Remember to keep social distancing, and all the other rules set in place by the Government. And together we will all get through.”

Nichola, her 14-year-old son Calum, her daughter, Rebeka, a District Nurse in Culllyabackey, and her mum, Shirley, spent a very anxious time as 72-year-old Tommy fought for his life.

But a proper welcome home party is planned when the time is right.

Daughter Nichola told the Guardian her dad is doing very well since getting out.

“He is doing super well. We are absolutely delighted. And he is back to his old self. He said if he has to hear again ‘how amazing’ he is he will go spare,” quipped Nichola.

“Dad said he simply had Covid-19, and thanks to the NHS he beat it!

Last week Tommy worked very hard on his physiotheraphy as he strives to get back to full health again.

Meanwhile, Tommy O’Neill spent 24 days in the Intensive Care Unit on a ventilator.

His total time in hospital was just over a month, - 33 days to be exact - betweeen Antrim Area and the Nightingale Hospital in Belfast.

After getting out of hospital the O’Neill family said they were “over the moon” to have him back in Ballymena.

For his wife Shirley, his childhood love, - they have known each other since she was just 13-years-of-age, it was the first time they had been apart in 52 years. It was back on March 26, that Tommy was first admitted to hospital.

Four days later he was put into an induced coma and had a ventilator inserted.

On April 17 the ventilator was removed, and the next 48 hours were a success and Tommy was taken back to Antrim Area Hospital.

“And he was back home again on Monday, April 27,” a delighted Nichola told the Guardian.

“It is absolutely brilliant that dad came through what was such a terrible time. It was such a brilliant feeling when he stepped back into his home again.”

Nichola kept a diary during the time her dad was in hospital.

“I am sure we will read through it together when the time is right,” she said.

And while Nichola and the family circle were going through a torrid time, spare a thought for her sister, Paula McLeister, who was going through similar pain in Australia.

“We kept in touch through Facetime, which was awkward due to the time difference, but vital so I could keep Paula right up to date,” said Nichola.

“And Paula, who is a nursing practioner, was most relieved when I was able to deliver the news that dad was out of hospital.”

And on top of the serious stress on Nichola came the news that her teen son Calum had to be admitted to hospital.

He, too, had coronavirus but after being released, he developed secondary symptons and ended up with glandular fever!

But, thankfully, Calum is well on the mend.

Meanwhile, Nichola says a very special thanks of behalf of her family to the staff at Antrim ICU and Ward 7, the Nightingale ICU and Ward 8 North, and Antrim A3.

“Thank you all so much, from the bottom of my heart, for saving my daddy’s life,” said Nichola.

And Nichola thanked friends and families who have been in contact, offering their support and wishing her dad all the very best.