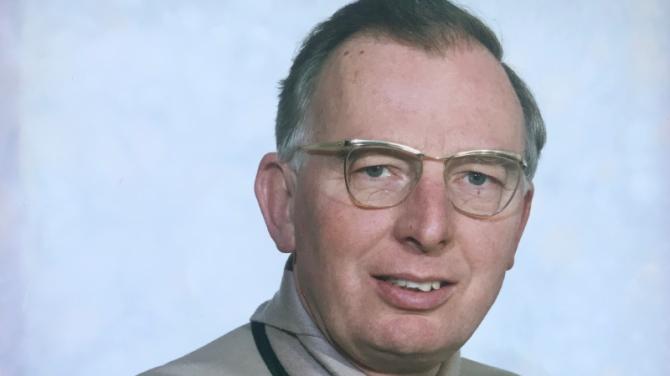 The former Chief Commissioner of the Northern Ireland Scout Association, Brian Mawhinney MBE, passed away on 7th April 2020, aged 87, having dedicated more than 60 years of his life to the Scouting movement.

Born in Randalstown in 1933 and educated at Ballymena Academy and Stranmillis College, he became a talented schoolteacher and Headmaster. His true calling however was as a Scout Leader and it was to this that he devoted a great deal of his life.

Brian became the Scout Master of 1st Randalstown in 1954, a position which he held for some 43 years until 1997. His leadership skills were soon recognised and in 1957 he was invited to help lead the County Antrim Troop to the 50th World Jamboree in Sutton Coalfield.

This led to further national and international leadership roles that included the World Jamboree in Norway in 1975 and as Sub Camp Chief at Lakeland in 1982.

In 1991, he was appointed to lead the UK contingent of Scouts and their leaders to demonstrate Scouting in the Soviet Union at a camp in the Ukraine.

This was a highly successful camp which also offered the forty scouts and leaders the opportunity to witness history unfold.

Towards the end of a four-day visit to Moscow as guests of the Department of Youth and Culture, a visit to the Kremlin and Red Square ended abruptly when the then President Gorbachev was deposed and the city went into lockdown.

At local Scouting level Brian continued to work selflessly serving as Antrim District Commissioner from 1965 to 1980. In 1980 he was appointed the Assistant Chief Commissioner of Scouts for Northern Ireland, during which time he represented NI Scouts on the UK National Scout Board.

On retiring as Chief Commissioner, Brian became a Vice President of N.I. Scout Council and returned to his beloved 1st Randalstown Scout Troop where he once again took on the role of Group Scout Leader until aged 65, and then Group Treasurer from 1997 until 2018, aged 85.

Brian Mawhinney’s outstanding service and contribution to Scouting was recognised by the award of the Silver Wolf from the Chief Scout for "services of the most exceptional character" and he was awarded an MBE in Her Majesty the Queen’s 1996 Birthday Honours for services to Scouting and the local community.

Brian is survived by his wife Betty, son and daughter.