Paul Cullinan's tracks of his years 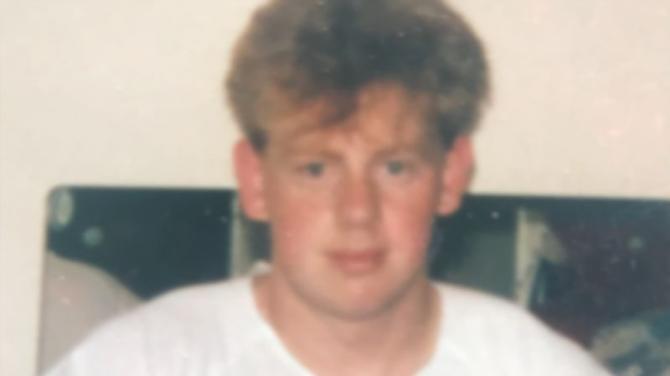 I grew up in Ballymena, raised in the Doury Road, one of the first families to move in there when my Dad left the army.

My love of music comes from sitting in the back bedroom of the house listening to my parents (limited) record collection, Jim Reeves, The Platters, Bobby Darrin and Ray Charles amongst others.

My sister Patricia and I would also try and listen to Radio Luxemburg and Radio1 when we were not be asked to turn it down!

For many years I was a DJ in the town, mobile at the start but ended up working in clubs, got to perform in Burberrys, Kelly’s amongst others, but ended up in Tullyglass- Maxwells Plum!

For the last 4 years of that type of work, stopped when I was 32 as I just didn’t want to play the dance music they wanted me too!

I used to promote bands in the George and McKendry’s, best bands at that time on the local circuit where, Ghost of an American Airman, Carpenter Joe, Violet Sky and the famous Blues Brothers nights with Otis and the Elevators, great days indeed.

I suppose my lasting mark will be as a founder member of Radio Cracker in Ballymena, along with Andy Thompson, Ernie Kilpatrick and many others (sorry mind blank!)

1. Van Morrison – Tupelo Honey, lesser known song from the Belfast Cowboy that in all the times I have seen him live, he has naturally never played!

2. The Waterboys – Whole of the Moon - just a wonderful anthem of my youth and still such a great song today, took me a long time to realise the lyric was a comparison between two people, “I see the crescent, you see the whole of the moon”

3. Sam Baker – Broken Fingers, a Texan who “got caught up in someone else’s war” after terrible injuries learned to play the guitar again and wrote this song about the process, read the back story before listening.

4. Dr Feelgood – All Through the City – first live band I seen in Belfast at 14 years old, had a huge impact on me and after all these years, Jim Bolan thank you for taking me!

5. Foy Vance – Two Shades of Hope – a wonderful singer songwriter from our wee country, and what a song!

6. Linda Rondstadt – Your No Good - I have probably bought this album (greatest hits) 6 times in different formats, loved it from no age.

7. David Bowie – Heroes - A song and artist who came alive for me when I went to Live Aid with John Connor in 1985, best performance of the day (controversial!)

8. Bap Kennedy – Working Man – from the fantastic Sailors Revenge album, sadly Bap is not with us anymore, greatly missed. Was lucky enough to have him play at my 50th birthday party in the BT club, Vincent Close got him to do some Energy Orchard stuff!

9. Van Morrison – Into the Mystic- is there a better song to raise the spirit, “let your soul and spirit fly into the mystic” ace

10. The Undertones – You’ve got my number (why don’t you use it), I could be spotted from an early age jumping up and down on a dance floor (usually by myself) after forcing a DJ (normally Bod Esler) to play it!