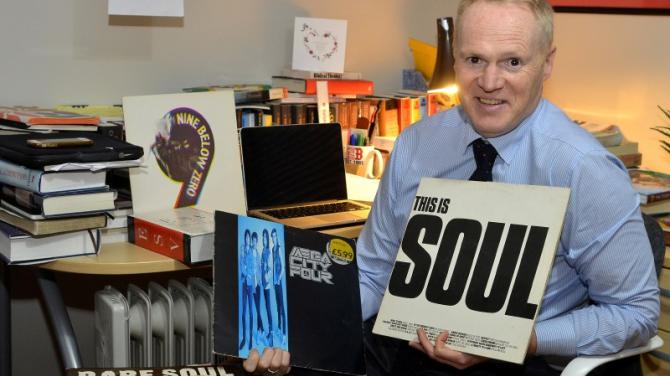 I’m a huge music fan and still have a bit of a vinyl collection.

I’ve written about music and been to a lot of concerts over the years. The list below is typical of the tracks that stand out in my memory.

I haven’t mentioned the Small Faces or Bruce Springsteen, SLF or other old favourites.

I like to hear a lot of contemporary music too.

Starchild and the New Romantic for example - a NY soulster I came across last week.

2. The Highest Apple - Runrig. Spiritual Scots Gaelic song. Our wedding dance, along with Van the Man of course, 21 years ago.

3. This Beautiful Day - Levi Jackson. I used to be a Northern Soul DJ and had quite a collection of original vinyl singles. I love the genre still. This track has it all: dance, clear gospel uplift, a black civil rights cry for hope. It’s worth hundreds. I once tried to buy it on eBay behind my wife’s back. Thankfully the bid didn’t make it. Confession is good for the soul

4. Kennedy - The Wedding Present. Indie student guitar based noise. Great band live from the late 80s. Still going. Much the same as Copper Blue by Sugar - another favorite indie band.

5. Live Forever - Oasis. Slightly later and closer to the football culture of which I was a part in my youth. I interviewed them twice for music fanzines before they were famous. Influenced greatly by the Stone Roses - another favourite band.

7. So Danco Samba - Stan Getz. Much into jazz as I’ve aged. I love Mile Davis up to the late 60s. This track is gentle samba. Relaxing.

8. Prelude to Cello Solo No. 1 in G Major (Bach) - Pierre Fournier. One of the most moving pieces of music I’ve ever heard. I feel unworthy when I hear it. It touches the eternal.

9. In the Hours - Emily Deloach, Incredible Grace. I listen to Christian praise a lot, it comes with the calling. This track oozes gratitude for the Gospel. Always make me thankful. I love City Alight songs and a Presbyterian praise group called Red Mountain.