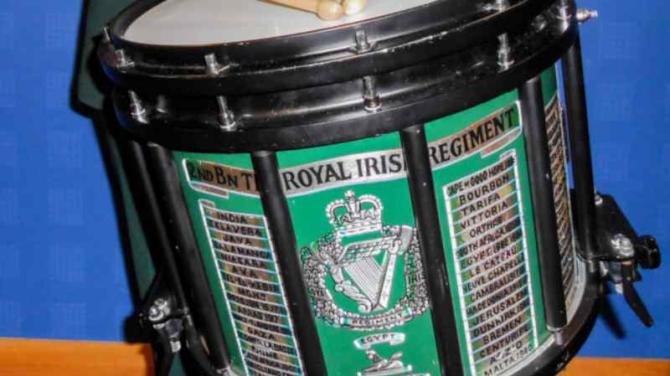 THE Band of the Royal Irish Regiment are set to bring their unmistakable sound back to Ballymena for one night only on Saturday, February 15 in The Braid Arts Centre.

With 30 musicians taking to the stage for a rousing rendition of military medleys under the direction of Bandmaster Richard Douglas MBE, and featuring Ballymoney soloist and BBC Radio Ulster broadcaster Diana Culbertson, early booking is advisable as tickets for the event are sure to be in big demand.

In 2014, he was promoted to Warrant Officer 1 and appointed Bandmaster of the Band, Bugles, Pipes and Drums of the Royal Irish, whose concert in The Braid is being presented by ABF, The Soldiers’ Charity.

Listeners of the Ulster-Scots programme, Kintra, will need no introduction to the voice of Ballymoney singer Diana Culbertson.

Mid and East Antrim Borough Council Deputy Mayor, Cllr Beth Adger MBE, said: “I am delighted that the Band of the Royal Irish Regiment will be returning to the town of Ballymena for their concert on 15 February.

“The band holds a special place in the hearts of the people of Ballymena and their performances always bring great joy to those lucky enough to get a ticket.

“It is a privilege to be able to support the ABF Soldiers’ Charity through an event such as this, as a small token of appreciation to the service and dedication of our armed forces.”

All proceeds from the concert will go to support soldiers, veterans and their families, and are priced at £12, with concessions available.

And if you’re planning a night out with friends or loved ones, parties of eight or more will be entitled to a 20% discount.

Bookings can be made by contacting The Braid Box Office on 028 2563 5077 or online at www.wegottickets.com/ thebraidartscentre