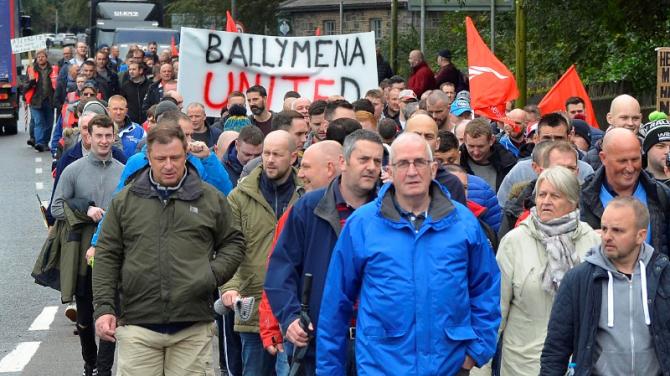 Unite Regional Officer for Wrightbus, George Brash, warned that there was now a real urgency in regards to resolving the land issue, which is now the only barrier to the factory gates reopening.

"Unite understand that negotiations for sale of the company has moved to a point of exclusivity with a single, prospective buyer. The only issue outstanding now is that of the land ownership associated with the factory site.

“Twelve hundred workers' livelihoods, the living conditions of their families and the entire local economy now hang in the balance. We are in a situation where if the issue of the land is not resolved in the next twenty-four to forty-eight hours then the prospect of safeguarding their future will disappear.

"Unite will be seeking a direct meeting with Jeff Wright to demand he does the right thing and hand over the land so as to remove this final obstacle to a sale and the gates reopening.

"This is a fight for the future of the Ballymena economy - it is a fight we can win. Politicians now need to come off the sidelines and get behind this workforce to secure that future", Mr Brash concluded.