Double take! Ballymena's own Jamie Lannister reveals what life was like on Game of Thrones 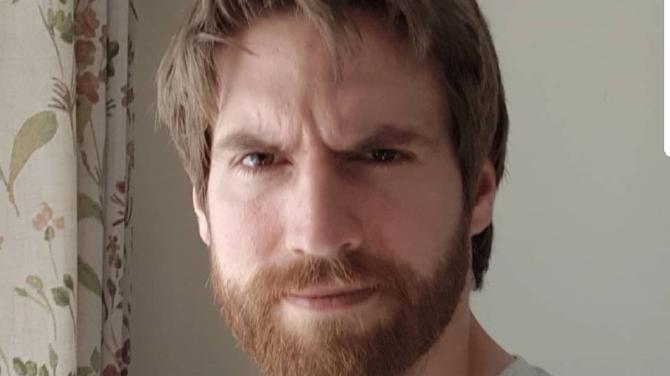 The HBO sensational show Game of Thrones was a phenomenon that enchanted many, and now one of the local stars has shared his experience of working on the show for it’s duration.

Matt Äkerfeldt worked as Nikolaj Coster-Waldau’s (aka Jamie Lannister) stand in and body double from 2011 to the show’s grand end this year.

Caution - Contains spoilers if you haven’t watched the final season yet!

Matt applied to be an extra on the show when it first came to Northern Ireland then ended up landing a full on role.

“I did a few days of extra work and then got noticed by the casting staff as I bore a resemblance to Nikolaj, who played Jamie Lannister.

“Most of my measurements were the same as him, down to even my hand size which was vital from season three as Jamie has his hand cut off.

“I worked about 100 days a year on the show and then during season eight I was there pretty much every day!”

In ‘real life’, Matt, who is 29, loves working in the Fairhill branch of Cafe Nero’s.

Born in Sweden, Matt moved to Northern Ireland when he was a child with his mum. He has adopted the Ballymena area as his home and says Game of Thrones helped keep him here.

He explained: “I would get in before all the other cast and crew and have a rough idea of what scenes were going to be shot that day. I’d then go over them with the director and the camera guys plus the director of photography.

“I’d be given some direction and then take part in crew rehearsals. After this would be the full rehearsal with all the extras, so by the time the main cast come on set I’ve probably gone through the scene about 15 times!

“Nikolaj would then come on and get some short notes from the director before I’d also give him notes as I’ve already ran the scene. My face is never actually recorded on camera but I’ve been in every one of his scenes.

“Working then as a body double was different. When doing this I dressed up in the character of Jamie and picked up the shots.

“This even applied to the nude scenes, which I was comfortable with as I’m not really a shy person and don’t get nervous easily!”

Although it would be practically impossible to tell the difference between Matt and Nikolaj on screen, Matt said: “I know all the scenes I did and, if anything, it’s a bit illusion breaking as I also know what’s behind the scene!”

So what was Matt’s favourite moment from the whole Game of Thrones season? His answer was the iconic trial of Jamie Lannister in Season 8.

“All the main cast were together,” Matt explained.

“On that day Nikolaj got wrapped early so when he’s not on screen all the actors are actually looking at me and I was delivering his lines to them.

“I had this amazing line up of actors looking at me. It was a big moment in the whole series and I suppose I was relatively nervous!

“When action is called, it’s like your life stops, you’re no longer in this world you feel you’re actually in Westeros. Then when cut is called everyone is back to normal. It’s amazing if not a little weird!”

Being a body double meant that Matt wore the original costumes.

“I wore Nikolaj’s costume alot, including the armour which is real.

“I had to keep my body a certain shape so as to fit it plus I did have to keep pretty fit to carry it.

“When we started working with the gold hand, my own arm was strapped behind my back, which was pretty uncomfortable, but the fake arm was amazing. It looked very real, down to the pours and hair on the skin.”

It’s no secret that the last season of Game of Thrones was surrounded in secrecy!

So how did Matt handle keeping the secret that almost 16 million people wanted to know?

He revealed: “I certainly didn’t tell too many people!

“For nine years I kept all the secrets of the show and, especially in the last season it really was such a burden as there were so many consperies. It became hard to not talk about it and I really just wanted to tell someone about it.”

Many of the ludicrous rumours about how the show would end were indeed false, however Matt did confirm that scripts were destroyed after each scene was filmed.

He said: “There were hundreds of people in the crew during the last season so it got to the point that sets were closed.

“There was also misinformation circulated. One part of the crew would be told a certain detail about a scene or filming while another would be told something else, all just to throw people off the scent of what was really going on.

“On one occasion Nikolaj went to Seville just so as people would think he was filming there when infact he wasn’t.”

The final episode and season was met with much acclaim but it wasn’t without some negative reviews. Many people thought the ending wasn’t as dramatic as should have been, and some were left disappointed.

To a certain extent, Matt agrees.

“I think there was alot of character progression over the years that was forgotten about or pushed aside during the final season, and perhaps some characters could have had a more glorified end.

“Perhaps the writers were concentrating on different projects.

“My view was that this was the last season, we should have gone all out!”

On Jamie’s last scene, where he died under a pile of rubble in the arms of his sister, Matt has his own philosophy.

“In my head I’d like to think that Jamie was actually going to kill Cersei so as he could have a proper future with Brienne of Tarth.”

Matt talks fondly of all the cast members, especially Nikolaj.

He said: “I love Nikolaj. I obviously spent alot of time with him and I went to the wrap party which was great too.

Gwendoline Christie, who played Brienne of Tarth was a lovely lady and I was friends with Jacob Anderson who played Greyworm. I got to know everyone well and generally everyone was really nice.”

Life after Game of Thrones

The future is certainly bright for Matt as he aspires to get more recognised as an actor.

“Currently I’m working at the Game of Thrones exhibition in Belfast and doing some photography work.

“I’ve started a series of YouTube videos going round the Thrones locations in Northern Ireland and explaining them.

“I recently did a video from Cushendun caves, which is special to me as it’s actually where Nikolaj and I had our last scene together.

“From that I was noticed by a writer, currently writing a movie and was sent the script. So I potentially have the opportunity to be part of the main cast for that upcoming movie.

“I don’t have an agent as I need a showreel of me infront of the camera, so if this movie works out I’ll get the showreel then hopefully an agent and we’ll see where it goes from there.

“I also really want to keep my job in Nero’s as I love it there!”

Looking back, Matt had such a great experience working on Thrones.

“It was a great nine years! But when it all aired and all the secrets were out I felt really free. It was like a car had been lifted off my shoulders as there was so much information I had to keep to myself!”

“I still miss it as it was better than anything I’ve worked on before but I’ll watch it at some point, I know what happens at the end of the day!”