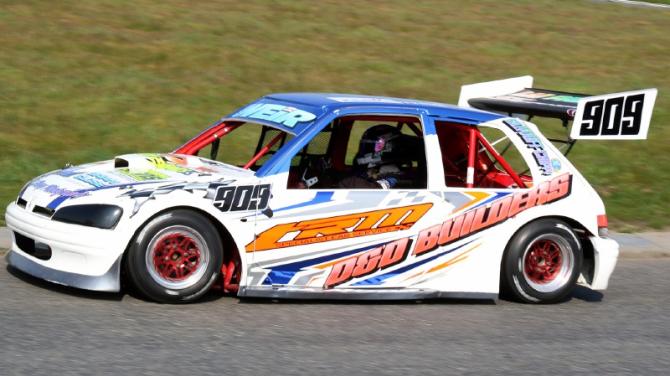 Topping the bill are the King of Aghadowey title showdowns for both the Superstox and 2.0 Hot Rods, whilst also in action are the Stock Rods, Thunder Rods and Ninja Karts.Superstox.

The Superstox have been in tremendous form of late on the local tracks, with big grids producing some sensational open wheel stock car racing.

Last time out at Aghadowey it was Aughnacloy’s David Beattie who took the honours in the final after both heat wins had fallen to Cullybackey ace Curtis Greer.

Both will be aiming to grab more success this weekend, but will be wary of the threat from star drivers Craig McConnell, Jamie McCann, Jordan Robinson and Lee Davison. The closed grid King of Aghadowey final should produce an action packed event, as the drivers aim to wrestle the title away from last year’s winner McConnell.

Also in King of Aghadowey action will be the 2.0 Hot Rods, another formula who have produced the goods in recent meetings.

Young Broughshane newcomer Adam Weir fared very well at Tullyroan Oval a fortnight ago to take a brace of heat wins, and he will be keen to continue his steep learning curve in the formula.

Denver Grattan from Banbridge was the final winner on that occasion, whilst Antrim duo Conor Hughes and Ryan McCrory, another Broughshane racer David Kernohan and Bleary’s Drew McKeown will be ones to watch.

The meeting is also the final round of the 2021/22 NI Points Championship, which will boil down to a final meeting showdown between defending champ McKeown and Irish Champion Jordan Rochford.

Support RacingThe Stock Rods will also be contesting the final round of their 20221/22 NI Points Championship, which is also a close run thing between Glenavy’s Dan Shannon and Kells driver Shane McMillan. British & Irish Champion Jonny Cardwell will also be chasing the silverware, as will Randalstown’s Michael Rodgers who has shown great form of late.

The all action Thunder Rods, led as always by Ballymena’s NI Points Champion James Goldie, will be on the grid in big numbers, whilst the 6-11 year old Ninja Kart stars complete the programme with yet another NI Points Championship showdown on track between Ryan Abernethy, Riley Dawson-Stirling and Noah Teggart.The action blasts off the grid at 6.30pm.