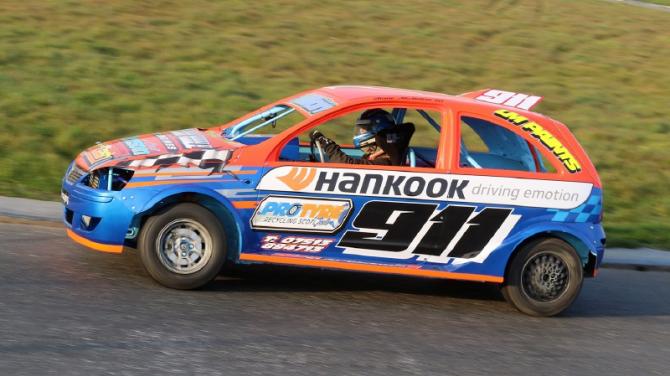 AGHADOWEY Oval hosts an exciting five formula programme of oval racing on May Day Monday, May 2.

Topping the bill will be the all action Rookie Bangers, as they contest the King of Aghadowey title.

The action always come thick and fast in the formula, with the tight bends of the Aghadowey circuit leading to crashes galore!

Top dogs William McFaul from Garvagh and Limavady’s Josh Goligher will be ones to watch for from what is sure to be a huge grid of cars.

The open wheeled Superstox thrilled on their season debut at Aghadowey in early April, with a huge grid of 25 cars providing quite a spectacle.

Portadown duo Lee Davison and Jordan Robinson will be two to watch alongside Bangor’s Craig McConnell, but Cullybackey’s Curtis Greer could well be a dark horse as he improves with every meeting in the formula.

Glenavy’s Dan Shannon scooped both the Irish Open Championship and Alan Connolly Memorial Trophy over Easter in the Stock Rods, and he will surely go close again.

Kells star Shane McMillan, Ballymena’s Victor McAfee and Cullybackey’s Marc Morrell will be others to watch.

Also in action will be the rapid 2.0 Hot Rods with Michael Woods hoping to continue his perfect start to the season at Aghadowey’s opener, where he claimed a faultless hat-trick of wins. Completing the race order will be the young stars of the future in the Junior Productions as they also contest the King of Aghadowey.

The first race blasts off the Aghadowey Oval grid at 2pm.