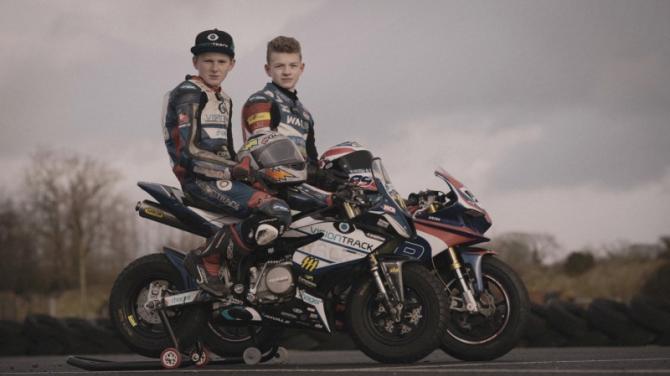 SPEED KIDS, a fast-paced documentary looking at the lives of children dreaming of becoming the next generation of motorcycle stars, is on BBC 1’s True North Series 14 this evening (Tuesday) 10.40pm.

Featuring in the programme will be local teen Peter Willis, along with eight-year-old Max Robinson and nine-year-old Paige, from County Tyrone.

The documentary also looks at the families who juggle nerves and excitement as they support these young riders.

The racers, aged 6-14 compete at speeds of up to 135mph, and the documentary gives a personal insight into a sporting culture that is unique to Northern Ireland.

At the centre of the action is eight-year-old Max, son of racing superstar Paul Robinson, one of Ireland’s most decorated racers.

Max takes part in the Bam Bam class for children aged 6-10. His determination on the track and fearless attitude has meant that despite his age, some people are already comparing him to his great-uncle, the legendary Joey Dunlop.

Standing in Max’s way is nine-year-old Paige from County Tyrone, who is part of a new wave of girls who want to be involved in the sport.

Paige is determined to beat her male rivals and follow in the footsteps of her 11-year-old brother Lewis, who has overcome disappointment to be picked for a top UK team, and is tipped for future stardom.

During filming, he had his first major accident while racing, and we follow his recovery and return to the track.

Aged just 13, he races in the British Talent Cup and hopes one day to race at the highest level.

The families also discuss the dangers of the sport they love and the unthinkable consequences of an accident.