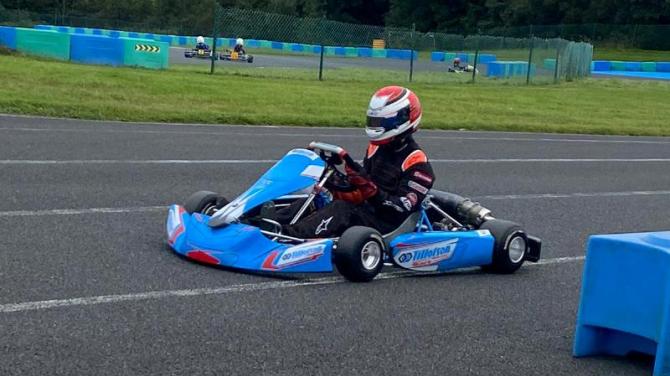 The 13-year-old Ahoghill ace was thrilled to bits after coming out No. 1 in the world class field which included drivers from Germany, Holland and the United States of America.

The Cullybackey College pupil impressed in the qualifiers - and went on to lead the way in Sunday’s Super Heat which determined the grid positions.

And the ace teen secured pole position for the World title showdown and held on to first place in a very, tense, exciting and hard fought race.

Reuben crossed the finish line with just tenths of a second ahead of his nearest rival.

He is naturally absolutely delighted with the honour, while his College was quickly in touch to extend congratulations on the amazing result.

Earlier in the season racer Reuben won the Irish Grand Prix and was crowned King of the Corner.

And for the second consecutive year the talented teen won the Tommy Rodgers Memorial Cup.

The Ulster Kart Club member raced all last year in the Mini Max class for kids up to 16 years old.

He has moved to Junior Max.