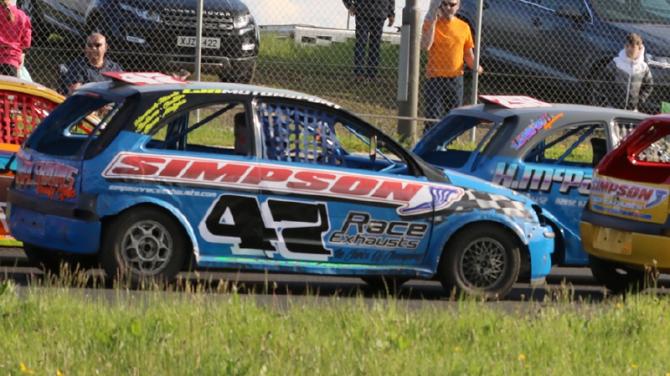 Staged each year in memory of the master engineer and race engine builder from Kilrea, the race is one of the most coveted on the local race scene.

Ballinderry star Jonny Cardwell won the British a fortnight ago to claim his first ever major title, and he is the man who will also defend the Memorial Trophy.

He is sure to face stiff opposition as always, with Kells based World and European Champion Derek McMillan and Enniskillen's Stevie McNiece set to challenge.

Young chargers Sam McNeice and Mark Crawford will be two others to watch.

The fastest cars on show at the meeting will be the 2.0 Hot Rods, with the winner last time out Drew McKeown one to watch.

The NI Points Champion from Portadown will face stiff opposition from British Champion Conor Hughes from Antrim, whilst Irish champion Adam Best, Garvagh's Johnny McCloy and Portadown star Jordan Rochford will be others keen for success.

Recent newcomer Davy Kernohan, from Broughshane, grabbed a brace of heat wins at the last Aghadowey outing and will be hoping for another good run.

Ward was victorious in the recent Tullyroan Challenge Cup and seems to have hit a patch of good form, whilst Matthew Weir, Sam Percy and Abbie McKinstry will be in contention too.

The Thunder Rods, with Ballymena's Irish Champion James Goldie set to star, complete the line up alongside the Lightning Rods where World Champion Nigel Jackson from Portadown will top the entry list.The first race leaves the Aghadowey grid at 6.30pm, and admission is payable at the gate.