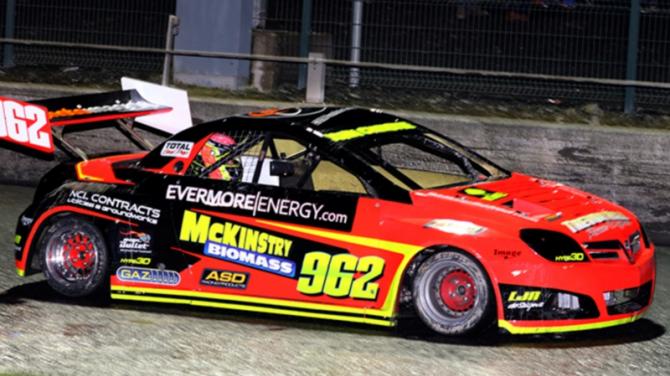 AFTER a long delay due to the Coronavirus pandemic, Aghadowey Oval stages its first race meeting of the season on Saturday night (August 8) as the local oval racers get back on track.

Strict social distancing and a reduced capacity will allow the drivers and fans to enjoy some motorsport after an enforced lay off of nearly five months.

The National Hot Rods top the bill, racing in the opening round of the 2021 Simpson Race Exhausts World Series NI.

British Champion Glenn Bell heads the entry as his begins the defence of his NI Championship crown.

That was awarded to Glenn after the pandemic forced the 2019/20 campaign to a premature close at the half way mark. Chasing him hard will be fellow Portadown man Adam Hylands, who was fastest at a recent behind closed doors test session.

Ulster Champion Shane Murray from Ahoghill, Ballinderry’s John Christie and Dungannon star Derek Martin will be others amongst the quality field for what should be some fantastic high speed action from the fastest cars on the local circuits.

The 2.0 Hot Rods are experiencing something of a boom period on the local tracks, and a large entry is expected for their return to racing.

Irish Champion Adam Best could well be the class of the field, with Antrim's Stephen Emerson always a threat.

Many eyes will also be on Cullybackey's former National and Irish Stock Rod Champion Curtis Greer who will be making his debut in the formula this weekend.

The Lightning Rods will see World Champion Nigel Jackson lead the entry, whilst the budget Thunder Rods are set to field a large grid with many drivers using the lockdown period to prepare new machinery.

Ballymena's James Goldie will be a favourite as always, with the night’s line up completed by the teenagers in the Junior Productions, which have also seen a welcome upsurge in numbers over the past twelve months.

The first race of the meeting, kindly sponsored by Getty Precision Engineering of Upperlands, blasts off the grid at 6.30pm to declare the Ulster oval racing season back in action!

More details of the Covid-19 measures that will be in place during the event are available at www.dmcracepromotions.com