Darren reflects on loss of World Championship at Aghadowey Oval 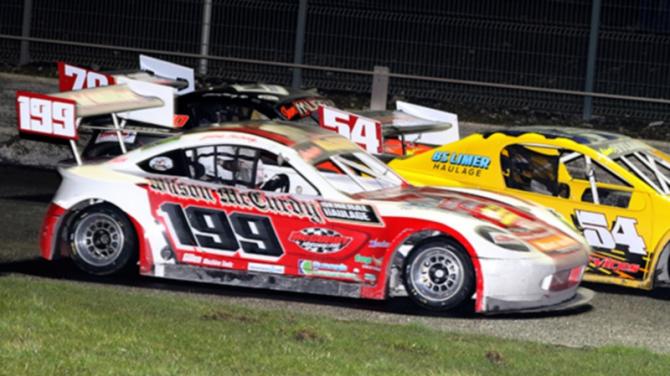 DARREN Black has been left to reflect on what might have been - after next month’s 2 Litre Hot Rods World Championship at Aghadowey Oval has fallen foul of Covid-19!

There were big plans for the July 18/19 show piece but they hope to get the opportunity to put it on again in 2021.

Reflecting on this year’s postponed of the World event Darren, of DMC Race Prmotions, told Guardian Sport - “It is such a shame as it would have been the first time it had ever been staged at Aghadowey and we were all set for a huge entry from far and wide.”

He said unlike Irish League football, “where a mid-season stop has called all sorts of wrangling, being halted so early in our campaign should cause us less headaches.

“We are hoping that the governing body simply cancels all the Championships for 2020 and that we will get the chance to stage the World Final again in 2021,” Darren told Guardian Sport.

“We don't expect to get back to racing until the NI Executive permits large gatherings, which will allow the spectators back in.”

He continued - “Stock Car racing has a different model from motorcycle racing or rallying for example, as our competitors don't pay an entry fee each meeting and all finance is generated from paying spectators.

“That is why it simply isn't viable to run anything behind closed doors as many other sports are starting to lean towards.

“We're hoping that we might be in a position to get back into action by late Summer possibly, but of course that is something that is totally out of our control.”

Darren, whose DMC Race Promotions, runs in association with Spedeworth Motorsports Tullyroan Oval and Aghadowey Oval, outlined that they have been shut down, llike everyone else, since mid March.

“We only got our first meeting of the season in down at Tullyroan Oval on March 14 before the call came from the governing body the ORCi (Oval Racing Council International) that all racing must cease,” he recalled.

“It had been a great start to the season too, with good racing and plenty of new cars on show - it was almost a 'here's what you could have won' moment as we were all set for a great year in 2020.”

Since the lockdown has been relaxed there has been one non-competitive practice day at Aghadowey Oval.

“This was run to strict guidelines laid down by our Governing body and following all Government guidelines, with limited numbers and no spectators present and everyone inside the venue using appropriate PPE.” pointed out Darren.

“There was a healthy turnout of drivers and they all seemed eager to get a few laps under their belts after being left without action for so long. We hope to run some more practice events every few weeks to keep the boys (and girls) interested as we await the green light for the resumption of racing.”

Darren concluded by saying after speaking to most drovers they are “mad keen to get back.”

“But I'm sure there are a few who are maybe realising how much money they are saving for the first time in years,” he quipped.