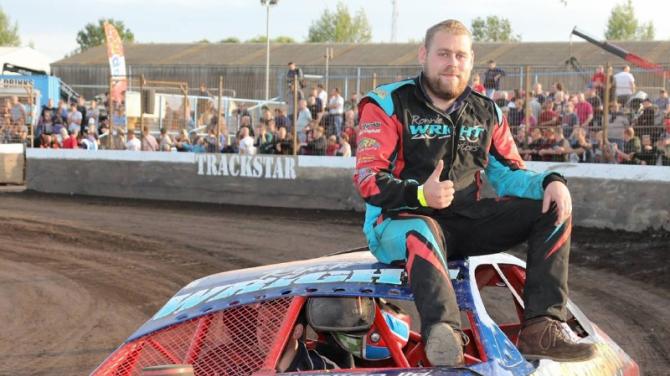 He will be competing this Saturday and Sunday in Skegness.

Wright warms up this Thursday night with a race meeting, hoping to put the finishing preparation plans on his 2L Saloon Stock car.

Then it will be down to the serious business of trying to bring the UK crown back to the Borough.

At the weekend Wright competed at the Ipswich Speed Weekend.

Top of that race programme was the World National Hot Rod show-down.

This was the first time in almost 30 years that the 2L Saloon Stock cars were included in the speed weekend.

Wright, racing since 2005, won his first Irish title in 2012, and retained it the following two years.

“I hope I haven't forgotten anyone,” quipped Wright.

“Without them I would not be able to race. I am most grateful to them all for their valuable support,” Wright told Guardian Sport.