Local minister on shortlist of three for Church Moderator 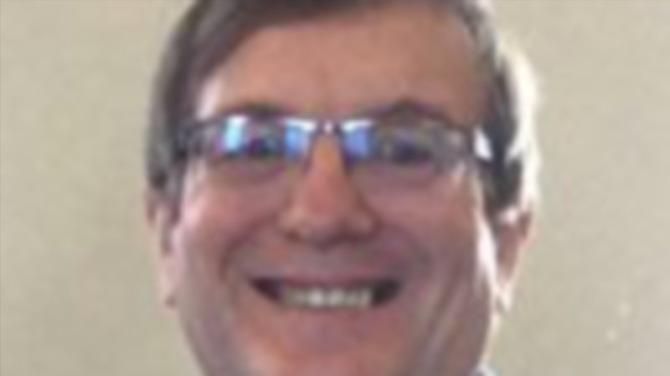 THE Presbyterian Church in Ireland has announced the names of three of its ministers who are in the running to be elected Moderator for 2018/2019.

Rev. Brian Boyd, minister of Kells and Eskylane Presbyterian Churches, is one of three names on this year’s shortlist that will be considered by the Church’s presbyteries next Tuesday ( February 6).

Rev. Boyd has been minister of Kells and Eskylane since 1992, two linked congregations in the Presbytery of Ballymena, which is made up of 31 congregations. Born in 1959, he was ordained as assistant in High Kirk Presbyterian, Ballymena in 1986 and installed two years later a minister of Culnady and Swatragh. Brian convened the Alcohol and Drug Education Committee from 1997 to 2000.

Rev. Trevor Gribben, Clerk of the General Assembly and General Secretary of the Presbyterian Church in Ireland explained that the Church’s 19 presbyteries will meet at different locations around Ireland on Tuesday evening to prayerfully consider the three names on the short list and select the next Moderator.

He said: “There is a wonderful rhythm to the life of the Presbyterian Church in Ireland and the first Tuesday in February is the first key event of the year for us, as ministers and elders from our 535 congregations across Ireland meet in their respective presbyteries to nominate our next Moderator.

“The vote in each presbytery is by simple majority. This means that whoever receives the most votes within a particular presbytery receives the single vote of that presbytery. The minister who receives the majority of these votes from the 19 presbyteries, becomes our Moderator-Designate until their formal nomination and election as Moderator by the General Assembly in June,” Mr Gribben said.

Should there be a tie in the number of presbytery votes received on the first count, which happened in 2014, presbyteries will continue to meet that night until one minister is clearly ahead.Having chaired or ‘moderated’ June’s weeklong General Assembly, the new Moderator will have a busy year preaching most Sundays in congregations across Ireland, encouraging them in their work and witness during three week-long presbytery tours, while undertaking an overseas tour. The Moderator will also chair a number of the Church’s councils and represent the denomination at various public and State events.

Rev. Trevor Gribben explained, the Moderator will not be the head of the Presbyterian Church in Ireland, “Our constitution clearly states that ‘The Lord Jesus Christ is the sole King and Head of the Church…’ so the Moderator, whoever they are, is not the ‘head of the church’, but our most senior office bearer and principal public representative.

“As such they play an important role in the life and ministry of the Church across Ireland and further afield and I look forward to working with our new Moderator in the service of the Lord Jesus Christ.”

The two other ministers on this year’s short list are Rev. William Henry of Maze Presbyterian Church and Rev. Charles McMullen of Bangor West.