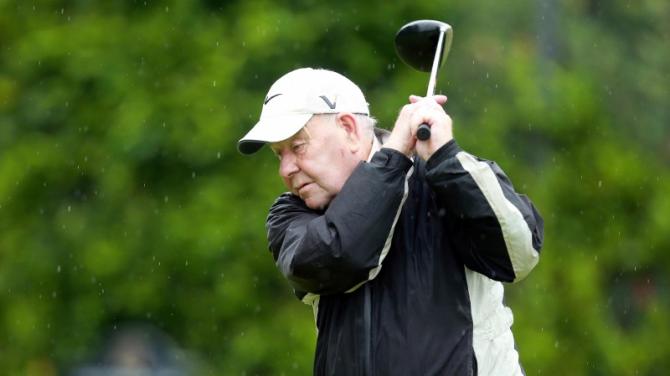 BLIND golfer Drew Cochrane hopes the British Open gets the go-ahead for 2021!

The Ballymena man missed out on this year’s event at Galgorm Castle Golf Club - the prestigious tournament falling foul of the dreaded Covid-19 pandemic.

Drew is keeping his fingers crossed that the British Blind gets the go-ahead at the local venue in June next year.

“I am hoping it will be on,” he told Guardian Sport. “It is a special competition and having the opportunity to play in it on my own doorstep means a lot to me.”

Drew, a regular at Galgorm and Ballymena Golf Clubs, proudly promoted the 2020 event, flying the flag for the competition which attracts players from all over the world.

But when Covid came calling it put paid to it taking place and Drew was left bitterly disappointed.

The 80-year-old is quietly confident the 2021 British Blind Open will take place.

Drew, who is Chairman of Northern Ireland Blind Golf, was in good form in his last couple of competitions earlier in the year.

He won at Dungannon and Massereene.

And when not playing golf Drew turns his hand to a bit of chat, his last being for the local Rotary Club, at which he talked about his life and his book - ‘From the Carry Row to Tokyo’, - via Zoom of course!

On the golfing front Drew has nothing but praise for his guide, Warren Stewart, from Newtownabbey, who accompanies him during practice and in competitions.

“I cannot thank Warren enough,” said Drew. “Without him I would not be able to take part.”

After arrival day the plans for the 2020 British Blind Open included practice day, before two days of actual competition.

In addition to the golf tournament, the competitors were to be involved in a Blind Confidence/Sport Inclusion Day for Children and Youth and the Award of the James Joyce Art and Essay Competition.

* Back in March last year Drew officially launched his book, ‘From the Carry Row to Tokyo’, in The Braid (Town Hall) in Ballymena.

After struggles with despair and depression, he recovered to become a volunteer with the Samaritans. With blind golf Drew has traveled the world to compete at top level in all five continents, bringing back many trophies.