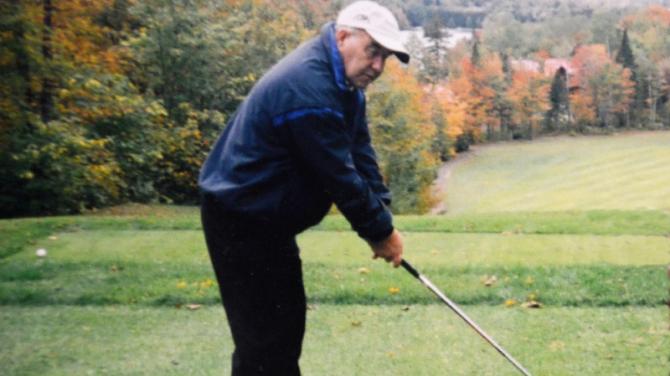 DREW Cochrane should have been teeing off in the ISPS Handa British Blind Open golf tournament at Galgorm Castle today (Tuesday, June 30).

But the Ballymena man has been left disappointed after the event had to be shelved following the coronavirus pandemic.

Drew had been looking forward to playing the British on his own doorstep.

When interviewed back in February he told Guardian Sport it was “a dream come true” to be getting the opportunity to play such a prestigious competition on his home course.

He admits at being “gutted” that Covid-19 has put paid to his, and the other competitors, plans.

“But there is always next year,” Drew told Guardian Sport. “All being well I will get the chance again when Galgorm Castle Golf Club hosts the 2021 British Blind Open.”

Drew, who turned 80-years-old in mid-June, is Chairman of the Northern Ireland Blind Golf Association.

If the Open plans had gone to schedule players from all over the World - Israel, Canada, America, Austria, Italy, and England, Scotland and the Republic of Ireland, would have arrived in the Borough on Sunday.

Yesterday (Monday) was to have been practice day, while today (Tuesday) and tomorrow (Wednesday) the players would have been in action in the Open.

Prior to it being shelved NI Blind Open Chairman Drew said how proud he was that Galgorm Castle GC had got the opportunity to host the event.

He said it was a major plus for Galgorm Castle Golf Club, and the surrounding area, and he expected the economy to be boosted quite a bit with the influx of players and their guides and friends.

In addition to the golf tournament, the competitors were to have be involved in a Blind Confidence/Sport Inclusion Day for Children and Youth and the Award of the James Joyce Art and Essay Competition.

Meanwhile, Drew is looking forward to getting out on the course again after quite a lay off due to lock down.

With the new one-metre distancing coming into being he and guide Warren Stewart, from Newtownabbey, intend getting out at the first opportunity.

“I am very grateful to Galgorm Castle Golf Club, and Ballymena Golf Club, who allow me free use of their excellent facilities,” said Drew.