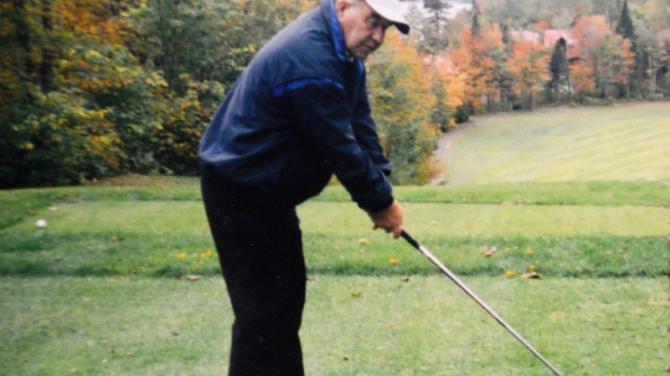 THE British Blind Open golf tournament is coming to Galgorm in the Summer.

Ballymena man Drew Cochrane, who is Chairman of the Northern Ireland Blind Golf Association, told Guardian Sport it is a “dream come true” for him to be getting the opportunity to play such a prestigious competition on his own back door.

The 79-year-old said he is proud that Galgorm Castle Golf Club has been selected to host the British Blind Open.

“I am honoured that Galgorm is getting the opportunity to host this event. I am getting on a bit, so honestly I did not think I would get the chance to play the British at my home town course,” outlined Cochrane.

“This is yet again a major plus for Galgorm Castle Golf Club, and the surrounding area. I expect the economy to be boosted quite a bit with the influx of players and their guides and friends. It is good news all round.”

In addition to the golf tournament, the competitors will be involved in a Blind Confidence/Sport Inclusion Day for Children and Youth and the Award of the James Joyce Art and Essay Competition.

The Northern Ireland Blind Golf Association Chairman, who lives in Ballymena, will compete in the British Blind Open.

Along with guide, Warren Stewart, from Newtownabbey, he intends giving a good account of himself on his home course.

“I am very grateful to Galgorm Castle Golf Club, and Ballymena Golf Club, who allow me free use of their excellent facilities,” said Cochrane.

Players from all over, including Canada, America, Austria, Italy, England, Scotland, England, Israel, Holland and the South of Ireland, will converge at Galgorm for the British Blind Open.

* Back in March last year Cochrane officially launched his book, ‘From the Carry Row to Tokyo’, in The Braid (Town Hall) in Ballymena.

After struggles with despair and depression, he recovered to become a volunteer with the Samaritans.

With blind golf Drew has traveled the world to compete at top level in all five continents, bringing back many trophies.