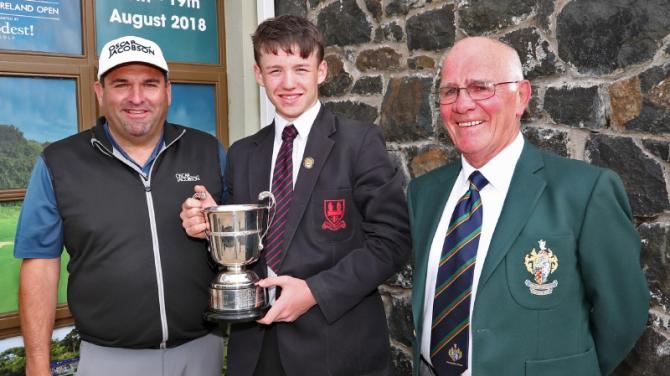 JOSHUA Hill recently won the Connacht Under-16 title in Galway.

The talented teen is a member of Galgorm Castle Golf Club.

Club Captain at Galgorm, Samuel Graham, congratulated Joshua on his fine achievement and wished him every success in the future.

Fifteen-year-old Joshua, who comes from Ballywatermoy, just outside Ballymena, had hoped to take part in the qualifier at Galgorm - which could have booked him a place in the upcoming ISDPS HANDA World Invitatioinal, also at the elite local course.

But the Ballymena Academy pupil has an important examination that day, and reluctantluy will have to sit it out.

Joshua’s coach, Alastair McDiarmid , belives the young player could have a bright future in the sport/