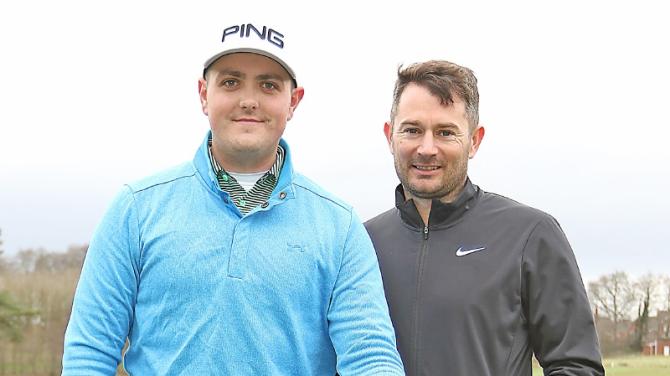 In Division 1 David Martin set the early pace - and went onto taske first place on the day.

Nicholl birdied the next and a bogey at Broadmeadows saw him draw level with Martin (par, double bogey).

Hill who was playing par golf was a further three points down. All three parred The Treasury to leave the scores unchanged.

Martin birdied the penultimate hole to move two points clear of Nicholl who only managed a bogey.

Hill with another par was still three points behind. Martin parred Longlands to win by two points from Nicholl (par).

An impressive eagle three by Hill at Longlands enabled him to close to within one point of Nicholl. Hill won the Gross.

Through The Maple in Division 3 Michael McAuley was leading by one point with the help of a par, birdie and two pars opening.

Over Beechers and with three to play, McAuley, Mairs and Kennedy were vying for the lead with Alexander a point behind.

Up the Grove McAuley and Kennedy were a point ahead of Alexander and Mairs so an exciting finish was probable.

Neville Neill continues to lead in the Order of Merit competiton.