Close finishes in all Divisions at Galgorm 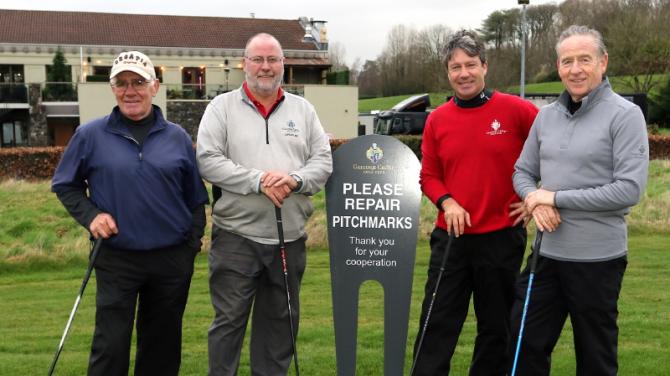 THERE were close finishes to all Divisions as play continued in Robinson's NISA Extra sponsored Order of Merit Stableford at Galgorm Castle Golf Club.

What a finish to Division 1 as six players finished level on points.

Up through the Grove Carroll was still leading by a point from new challengers Atkinson and Crabbe.

A further point behind came Rock, Hill and Miller who were still very much in contention. Carroll parred the Lowlands and increased his lead to two points over Crabbe, Rock and Miller.

Approaching The Maple in Division 2 George McCooke held a one point advantage over Ciaran Doherty and William Crawford.

Over Beechers Doherty after a run of three pars joined McCooke (three pars) a point ahead of Crawford (two pars and a double bogey).

McCooke parred the Grove to take a one point lead over Doherty (bogey) and Crawford (par) with two to play.

In Division 3 Joel McNeilly opened with a par and two birdies to take a two point lead over John McCarry (bogey, birdie, par).

McNeilly parred the next three holes but his lead was reduced to one point by Fry (bogey, par, bogey) and McCarry (bogey and two pars).

The scores remained the same over the following two holes.

In an exciting finish Fry (par) and McCarry (birdie) returned with the same score and with a better back six first place went to Fry with McCarry taking second place.