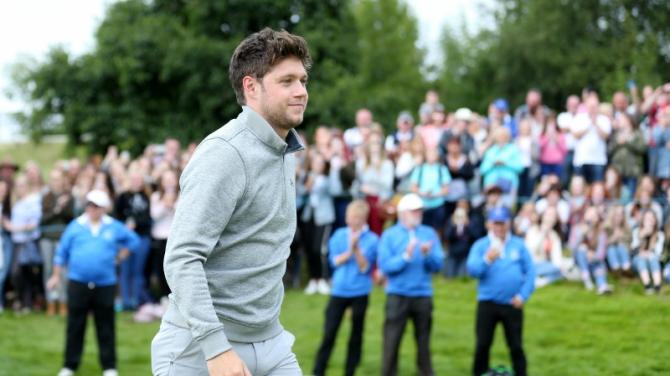 NIALL Horan will be the headline act at next week’s Pro-Am which serves as the curtain raiser to the Galgorm Resort & Spa NI Open, presented by Modest! Golf at Galgorm Castle.

The Modest! Golf Director and solo artist has taken time out of a busy schedule to tee it up on the eve of the NI Open next Wednesday, August 15.

Horan will be joined by a host of other star names as teams of celebrities and amateur players take on the championship course in a team event with their touring professional.

The NI Open Pro-Am is the perfect opportunity for spectators and fans to see their heroes and idols up close and follow them round the pristine championship course at Galgorm.

Horan is passionate about golf and helping to develop the next generation of player.

However, on this occasion, he will take the chance to let his own clubs do the talking as part of the Modest! Golf team.

“I am delighted to be back at Galgorm Castle and for the chance to play in the Pro-Am,” said Horan, who along with Modest! Golf have been involved with the NI Open for a number of years and have helped ensure it’s the best attended event on the European Challenge Tour.

“The NI Open is such a great event for all the family and we are sure to have a bit of fun on and off the course during the Pro-Am. I recommend all the family comes along to Galgorm and gets involved because there is so much to see and do. I for one can’t wait to play Galgorm.”

Entry to the Pro-Am and the tournament is free all week. Spectators are advised to register online at niopen.golf to get their free tickets.

Other teams to look out for at Wednesday’s Pro-Am include those with NI Open Ambassadors playing.

From the world of the oval ball, spectators will be able to see the big-hitting Stephen Ferris compete, while former Ulster and Ireland player Ian Humphreys will be in action too.

The NI Open promises to be a great day out for golfers and non-golfers alike and the ideal chance to see the stars up close before the NI Open, which returns to 72-hole strokeplay, and gets underway from Thursday (August 16).

Before that, however, fans can take part in the NI Open Ambassadors Q&A Evening on Tuesday, August 14th at the Braid Centre in Ballymena.

It will be something of a homecoming for Northern Ireland manager Michael O’Neill who will return to his home town. He will be joined on stage by Lions, Ireland and Ulster stalwart Ferris and five-time European Tour winner and NI Open Tournament Ambassador Michael Hoey.

The evening will be hosted by local sporting hero Liam Beckett with the promise of great conversation and “craic” from the panel, while at the same time raising funds for the tournament’s official charity, Cancer Fund for Children.

“We are absolutely delighted to be able to support Cancer Fund for Children at this year’s event,” said Ross Oliver, NI Open Event Manager. “The NI Open is very much a family event, it’s fantastic that we are able to give something back and do what we can to support families who are going through the most difficult times.”

Tickets for the NI Open Ambassadors Q&A Evening hosted by Liam Beckett are available from the Braid Box Office or online http://www.wegottickets